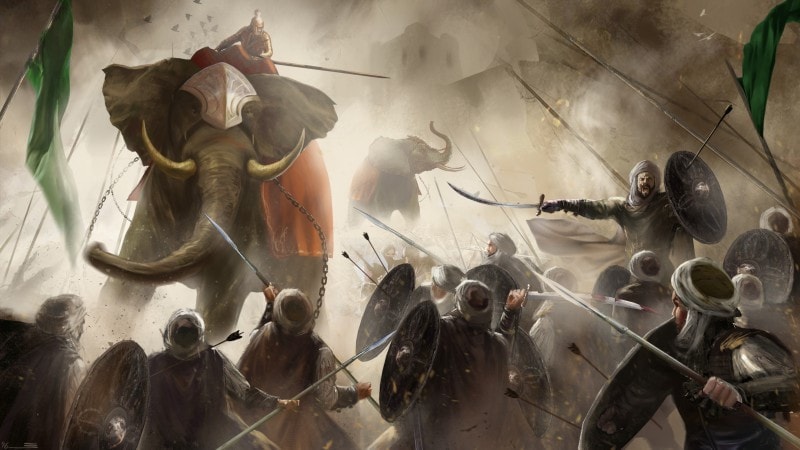 Knights of Light is an open-world action role-playing game inspired by The Witcher 3 and Assassin's Creed. It's being developed by Egypt-based Rumbling Games. In our interview with the studio's co-founder, Ahmed Mousa, he stated that development on Knights of Light was self-funded but would be on Kickstarter in time. And it appears that time is now. Rumbling Games has launched a Kickstarter campaign for Knights of Light. The historical RPG is slated for a PC release (both Windows and Linux) with the option of a DRM-free purchase. There are plans for console ports including the PS4 which should come as no surprise considering the studio is an official self-publisher on Sony's PlayStation platform.

"Targeted platforms are (PC / PlayStation / Xbox) with other platforms under consideration depending on the stretch goals. However the initial platform will be the PC (Windows and Linux). The console ports availability with the PC release will depend on the stretch goals," the team's Kickstarter page reads. Knights of Light Kickstarter rewards range from $12 (around Rs. 825) for 4K wallpapers to $9,251 (close to Rs. 6.36 lacs) which nets you a includes digital and physical copies in addition to an NPC, its custom dialogue, and its own location designed by you as well as a guided tour of Egypt by Rumbling Games' CEO. It has an all or nothing goal of $115,554 (around Rs. 80 lacs) with September 23 being the last day of the campaign.

Where Knights of Light differs from other games is in its setting, focussing on the battle of Al Qadissiyah between the Sassanian Empire and the Islamic Caliphate in 636 AD.

"The characters and bosses are based on actual historical figures, while the world and setting is more realistic much like Assassin’s Creed franchise," Mousa explained. It’s also planned as a franchise akin to Ubisoft’s historical series. "The theme and setting of the whole franchise will feature the Middle Eastern culture from the story to the gameplay elements,” says Mousa. "Even a simple cooking mechanic based on Middle Eastern recipes will be very interesting to the gaming community."

Despite having many inspirations, Mousa stresses on player choice playing a role in the proceedings giving them control despite the grounded setting. "Player choices in the main and side missions that can affect his motivation and interaction with NPCs and bosses," he said. "Along with gear and weapon customisation so players feel more connected to the character."

This isn’t all. Mousa says the team plans to introduce player depth in gameplay. Levelling up and progressing through the game isn’t just limited to combat, much like the Mass Effect series or Kingdom Come: Deliverance. "The basic levelling up through fighting of course but we plan to incorporate some kind of ranking system through commanding troops and allies,"he told us.

Honor Play vs Xiaomi Mi A2 vs Vivo V9 vs Nokia 7 Plus: Price in India, Specifications Compared