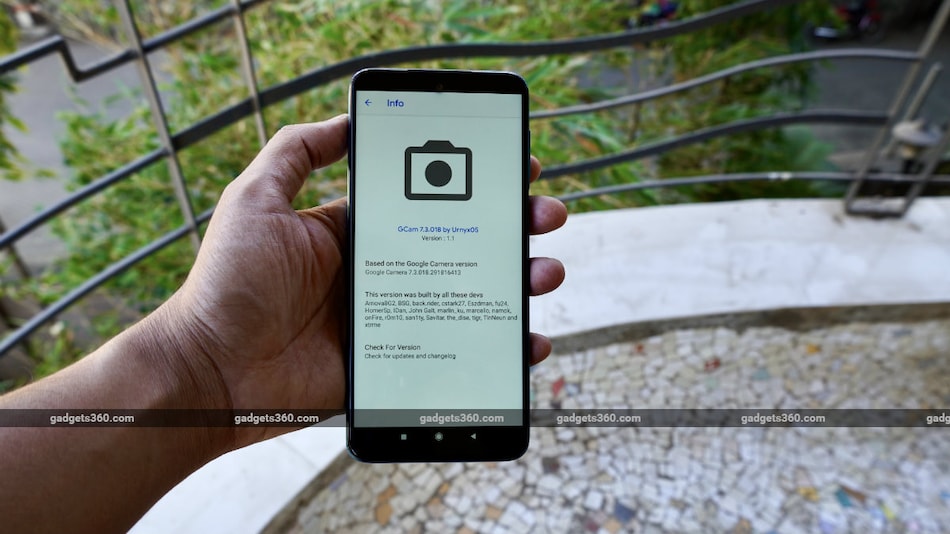 Everyone knows how well-tuned the cameras on the Pixel smartphones are and this mod brings the Google Camera app to the Redmi Note 9 Pro. Thanks to Google's image processing engine, the GCam Mod automatically quite often boosts a smartphone's camera performance. We've tested the Google Camera mod on the OnePlus 7 Pro and found it to be very useful. It ensured more accurate colour reproduction, improved details, and better low light shots. This is why we were eager to install Google Camera apk on Redmi Note 9 Pro

In this article, we tell you how you can install the GCam Mod on your brand new Redmi Note 9 Pro and give those rear cameras a much-needed performance boost. The process is fairly simple and does not require you to root or unlock the boot-loader of your smartphone. Now remember that this is a community mod which is not officially supported. This is why it is quite buggy at the moment and even though we observed an improvement in picture quality on the Redmi Note 9 Pro with the Google Camera mod, quite a few camera modes didn't work in our tests. We'll keep updating this article with newer versions of Google Camera for Redmi Note 9 Pro and update our thoughts on how each new version performs.

We have used the Google Camera mod version 7.3.018 on our Redmi Note 9 Pro. Note that unlike previous GCam mods, this version doesn't require a configuration file. With that out of the way, follow these steps to install GCam Mod on your Redmi Note 9 Pro.

After installing the GCam Mod on our Redmi Note 9 Pro we noticed that by default only the primary camera is active. In case you wish to use the other lenses such as the telephoto lens or wide-angle lens, you'll need to go to the camera settings. To do that, tap on the downward-facing arrow icon at the top of the screen and tap the Settings icon > Advanced > Auxiliary camera > toggle on Show buttons.

However, in our case the other lenses didn't work well and switching to the wide-angle camera caused the app to crash. With 2x zoom, the app switches to the depth camera since there's no telephoto lens. Ideally, it should just do a digital zoom. Apart from this, we were also not able to use the macro camera since there's no setting to enable this lens. Though GCam does support HDR+ photography, you'll still need to manually turn it on by going to Settings > Advanced > Pixel AWB in HDR+ and toggle it on.

As for the results, when shooting still photos details turned out to be slightly better and the colours were more natural when shooting with the main camera, compared to the stock camera app. However, the app still has its limitations and isn't very stable, so we don't recommend relying on this only for all your camera needs. If you want to experiment with some of the features found on Pixel phones, then by all means give it a try. Also if you have already been using an older version on GCam, make sure that you clear its data and uninstall it before installing the newer version.

We were looking forward to trying out the Night Sight mode for low-light photos and astrophotography, but it crashed the app. Redmi Note 9 Pro Google Camera mod is still in beta and we're looking forward to seeing this app work its magic when these bugs have been fixed.

For more tutorials, visit our How To section.