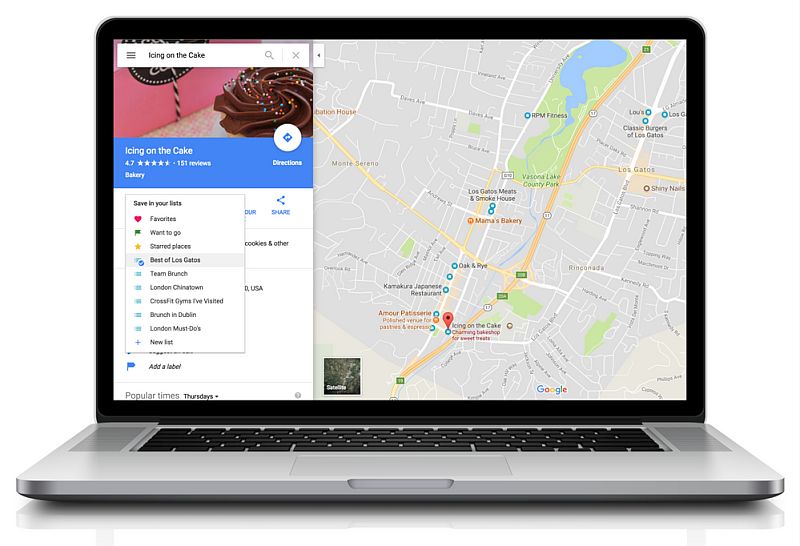 Google at the beginning of the year announced its all-new 'Lists' feature for Maps that gave users the ability to mark out places they want to recommend to family and friends. The feature was initially made available on mobile apps. After a good wait, the 'Lists' feature is finally arriving on desktop.

"Lists have arrived on your desktop. Now when you find places on Google Maps, you can save them to lists that will sync across your devices," said Google in a blog post on its Local Guides Connect site. This will mean that Google Maps users can now create and save a list from their desktops or laptops. The new feature is rolling out over a few weeks. Google says, "If it isn't yet visible for you, it will be soon."

"Now, when you go to 'Your places' on Google Maps for Android, iOS, or the Web, you'll see places that you saved to lists from any device. And just like on mobile, you can click the three dots to share your lists with family and friends," added Google.

The company also explains that users can save places that they find on Google Maps right now, though the 'Lists' aren't currently available on searches on desktop but only on mobile.

Maps users can make a private list public by going to Your Places on Google Maps and clicking the three dots on the list which they want to make public. They can select Sharing options and choose Public to make a list public.