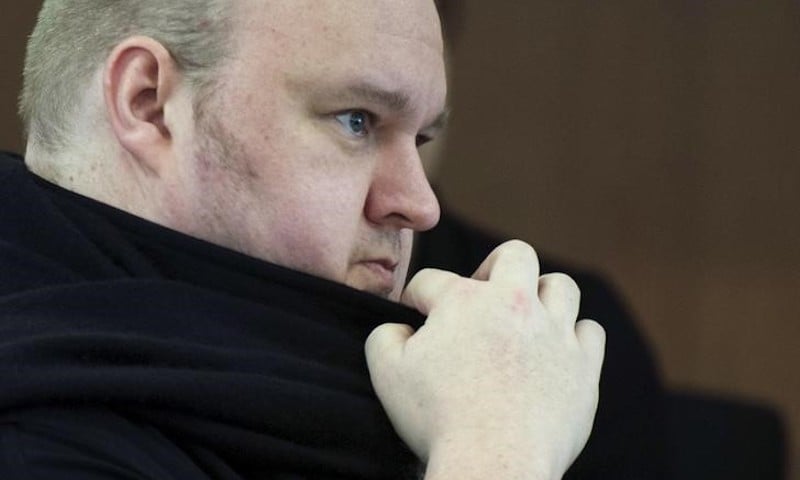 But defence lawyers immediately vowed to appeal the decision and maintain Dotcom's long-running battle to avoid him being sent for trial in the United States.

"We are far from defeated," Dotcom's barrister Ron Mansfield said in a statement.

High Court judge Murray Gilbert upheld a District Court ruling that there was enough evidence to extradite German national Dotcom and his three co-accused over their involvement in Megaupload.

Dotcom has denied any wrongdoing and accused US authorities of pursuing a vendetta against him on behalf of politically influential Hollywood studios.

He argues Megaupload was a genuine file-sharing site that did its best to police copyright infringement but had 50 million daily users and could not control every aspect of their activity.

Dotcom Wins Right to Live-Stream Appeal Against US Extradition

Mansfield labelled Monday's decision "extremely disappointing", but he said Dotcom has proved a crucial legal point that could stop his extradition.

He said judge Gilbert had found that copyright infringement was not a criminal office, undermining the FBI's case.

"The last hurdle to what we say is the correct outcome - no extradition - will now need to be determined by the Court of Appeal," he said.

"We remain confident that this last point, which would prevent extradition in this complex and unprecedented legal case, will be resolved in Kim's favour."

Dotcom, a German with permanent residency in New Zealand, faces decades in jail if convicted in the United States of piracy.

He was first arrested more than five years ago during a police raid on his mansion near Auckland after the FBI shut down Megaupload's servers.