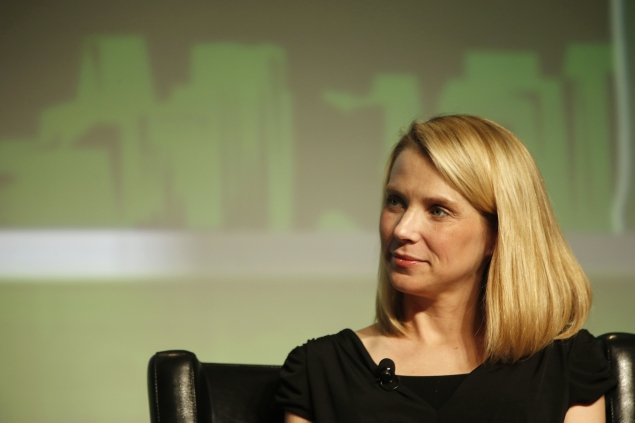 Yahoo is buying online blogging forum Tumblr for $1.1 billion as CEO Marissa Mayer tries to rejuvenate an Internet icon that had fallen behind the times.

The deal announced Monday represents Mayer's boldest move yet since she left Google 10 months ago to lead Yahoo's latest comeback attempt. It marks Yahoo's most expensive acquisition since the Sunnyvale, Calif., company bought online search engine Overture a decade ago for $1.3 billion in cash and stock.

(Also see: The five biggest Yahoo acquisitions till date and where they are today)

Yahoo is paying all cash for Tumblr, dipping into some of its remaining stash from a $7.6 billion windfall reaped last year from selling about half of its stake in Chinese Internet company Alibaba Holdings Group. Taking over Tumblr will devour about one-fifth of the $5.4 billion in cash that Yahoo had in its accounts at the end of March.

Yahoo also says that "per the agreement and our promise not to screw it up, Tumblr will be independently operated as a separate business" with David Karp staying on as CEO.

Tumblr, a service started six years by Karp, a high school dropout, now figures to play a pivotal role in Mayer's attempt to reshape Yahoo. To take on the challenge, Mayer ended a highly successful 13-year career at Google, which she helped surpass Yahoo as the Internet's most influential company. Since coming to Yahoo, Mayer has concentrated on improving employee morale, redesigning services and bringing in more engineering talent through a series of small acquisitions that have collectively cost less than $50 million.

Her efforts have been well-received on Wall Street so far, although most of the 69 percent surge in Yahoo's stock price under Mayer's leadership has been driven by the rising value of Yahoo's remaining 24 percent in Alibaba. When Alibaba goes public within the next few years, analysts have estimated Yahoo could collect another $10 billion to $20 billion by selling the rest of its Alibaba stock.

If this deal pays off the way Mayer envisions, Tumbler could help Yahoo finally get its stock price to $33. That would be a major coup because many investors soured on Yahoo after a previous regime led by co-founder Jerry Yang squandered an opportunity five years ago to sell the entire company to Microsoft for $33 per share. The stock spent more than four years trading below $20 before the recent surge that lifted the price to $26.52 through last week.

The deal could backfire though if Yahoo's effort to make more money alienate a Tumblr user base that so far has been subjected to hardly any advertising during the service's six-year history.

"Yahoo has to manage this acquisition in a way that keeps Tumblr's user base while trying to add advertising, which historically tends to turn off a lot of people," said Forrester Research analyst Zachary Reiss-Davis.

Mayer is betting that Tumblr will provide Yahoo with a captivating hook to reel in more traffic and advertisers on smartphones and tablet computers. That rapidly growing market is expected to become even more important during the next decade as people increasingly consume digital content on mobile devices instead of laptop and desktop machines.

Besides offering one of the top mobile apps, Tumblr also runs one of the world's busiest websites, featuring 75 million daily posts about everything from politics to pets. Advertising has been a missing ingredient so far as Tumblr, like many online services in their early stages, focused on building a loyal audience before turning its attention to making money.

Tumblr will remain based in New York and led by Karp, 26, who may now have a mentor in Mayer, 37. The startup has about 175 employees.

The deal also has some symbolic significance for Yahoo, an 18-year-old company that had spent much of the past decade aimlessly drifting under different management teams while Google Inc. overtook it in terms of size and influence. At the same time, newcomers such as Facebook Inc. and Twitter began to command the attention of people who found themselves spending less and less time on Yahoo.

Part of Yahoo's problems stemmed from missed chances to improve its service and technology.

Yahoo flirted with potential acquisitions of Google and Facebook in those two companies' early days, only to have the talks unravel because Yahoo wasn't prepared to pay asking prices that were far below the current market values of Google ($300 billion) and Facebook ($63 billion). Yahoo also considered buying YouTube in 2006, only to be outbid by Google, which snapped up the world's leading online service for $1.76 billion - a price that now looks like a bargain.

Even when Yahoo did pull off deals, the company has been criticized for mismanaging a list of acquired services that includes photo-sharing Flickr, online help-wanted service HotJobs and content-sharing service Del.icio.us. Yahoo ended up selling HotJobs and Del.icio.us, but Mayer has been looking at ways to spruce up Flickr and blend its photos into more of Yahoo's other services. Mayer is expected to discuss more changes for Flickr at an event in New York Monday evening.

Tumblr could help Yahoo recapture some of its cachet with teens and adults in their early 20s, a demographic that has become tougher for Yahoo to reach in recent years as it fell behind the technological curve and struggled to develop compelling services.

While Facebook has turned into a mainstream social network where even grandparents now connect family and friends, Tumblr has become one of the places where the cool kids hang out.

Tumblr emerged has a trendy online hangout by providing a service that makes it easy to share blog posts, photos, video and other content in an enthralling mosaic. The service says it has amassed more than 50 billion posts from 108 million blogs. Tumblr users rely on a dashboard to pinpoint the kinds of blogs that they want to track and also have tools to pass along the posts that interest them.

That wealth of content could be interwoven into Yahoo's other services that provide coverage of general news, sports, finance and entertainment. Tumblr also will fill Yahoo's gaping void in the realm of social media. Yahoo so far has had to connect its services to Facebook and Twitter to give its users a social networking outlet.

Having its own social networking service will also give Yahoo more insights into the things that people like - a key to distributing ads to consumers most likely to be interested in a specific products. That data, in turn, should help Yahoo sell more ads and accelerate its revenue growth. After three successive years of declines, Yahoo's revenue rose slightly last year, but lagged far behind the growth at Google and Facebook. Mayer has vowed to bring Yahoo's revenue growth back to at least the level of the overall Internet ad market.

Yahoo's acquisition will deliver a jackpot to Karp, who dropped out of high school to concentrate on computer programming. He ended up being home schooled while taking classes in Japanese and working on gambling software. Later, he became a product executive at a parenting website called UrbanBaby. After CNet bought the site in 2006, Karp set up his own a development service called "Davidville" before deciding to create an outlet for personal expression - an endeavor that hatched Tumblr.

Karp's cut from the Yahoo deal is about $275 million. Most of the rest of the money will be paid to the venture capitalists that invested about $125 million into Tumblr. That list includes Spark Capital, Sequoia Capital, Greylock Partners, Union Square Ventures and Insight Venture Partners.
Comments