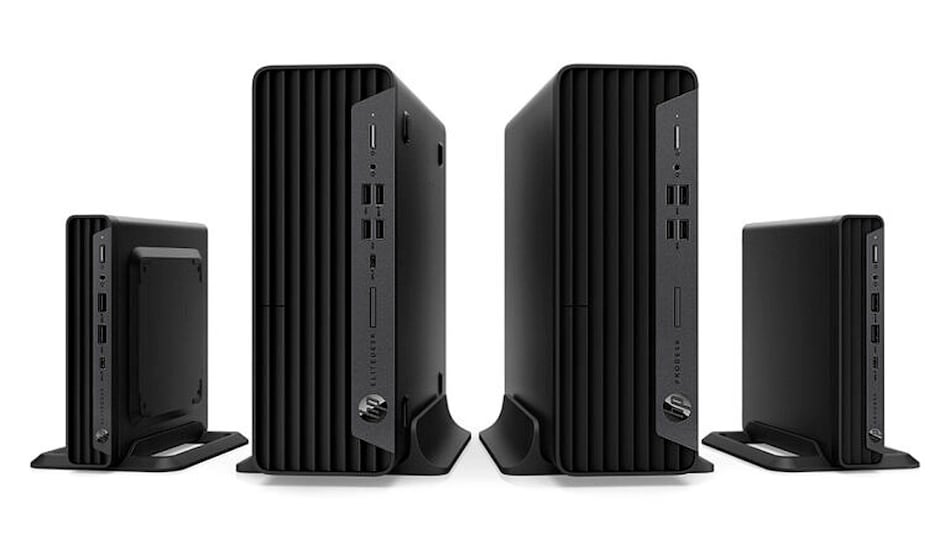 HP Elite and Pro desktop PCs have been announced at Computex 2021. The lineup includes HP EliteDesk 805 G8 series PCs and HP ProDesk 405 G8 series PCs. The two new desktop series are powered by Windows 10 Pro and are powered by the newly launched AMD Ryzen Pro 5000 desktop processors. These desktops reportedly also support multi-display setups and are equipped with Wolf Security for Business for better defence and privacy. Additionally, the new HP PCs are made of ocean-bound plastics and are Energy Star certified.

XDA Developers reports that EliteDesk 805 G8 Desktop Mini PC can be mounted behind a monitor, especially the Mini-in-One 24 display that is built keeping this in mind. HP claims that this model is the smallest and most powerful AMD-powered business PC. In comparison, the EliteDesk 805 G8 small form factor PC is a little bigger in size, has two bays, two half-height slots, three M.2 slots, and 11 USB ports. HP will likely offer a lot of expandability options and configurations.