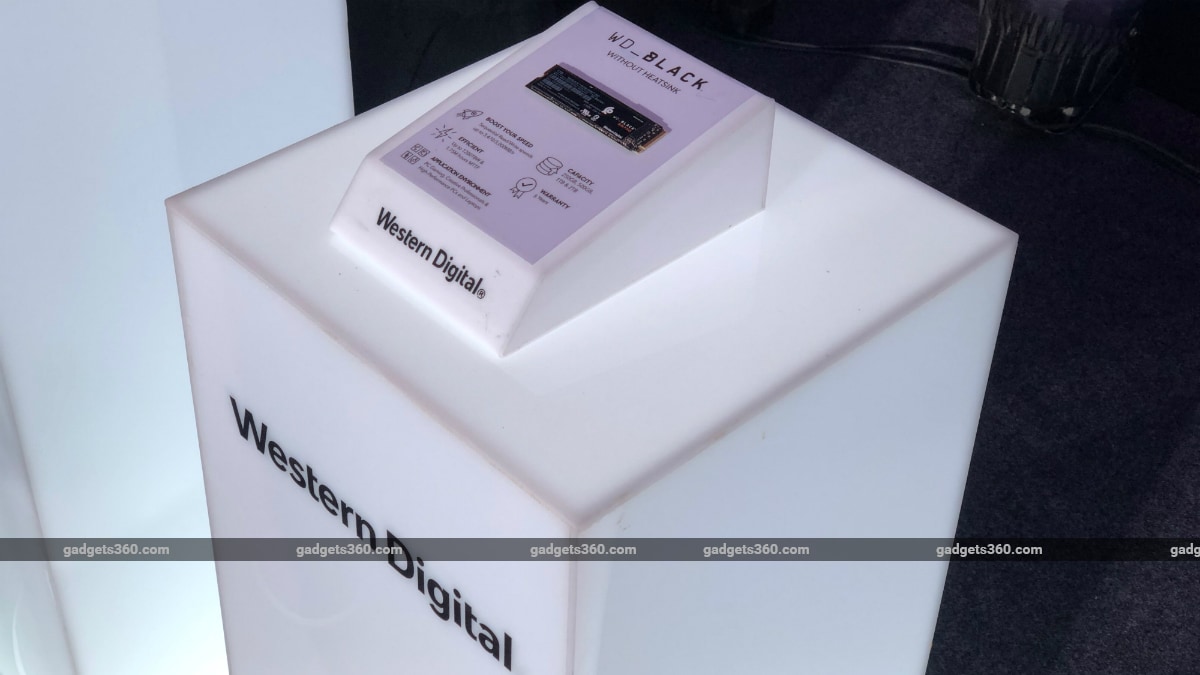 WD Black SN750 NVMe SSD has been launched in India. The new solid state drive comes as the successor to last year's WD Black SN700 NVMe SSD, and it directly competes against the Samsung 970 EVO. Offering up to 2TB of storage, the WD Black SN750 SSD is based on a single-sided M.2 form factor. The USP of the new SSD is its optional heatsink that is touted to help maintain speed and optimum temperature. Western Digital is targeting PC gamers with the latest offering that is available for purchase through Amazon.in and over 1,000 channel partners across the country.

Powered by Western Digital's 64-layer 3D NAND technology, the new WD Black SSD range is claimed to deliver extended capacity and double the storage density over its previous generation. The SSD is also rated to deliver up to 515,000 random-read and 560,000 random-write IOPS (on the 1TB storage model) to fulfil the requirements of multi-threaded applications and data-intensive environments. Specifically for gamers, Western Digital flaunts that the new SSD enables higher responsiveness when accessing multiple files in various locations to load new levels and while saving in-game progress during gameplay.

The WD Black SN750 NVMe SSD also brings the WD Black SSD Dashboard that lets users optimise the performance and even enable a Gaming Mode particularly to use the new hardware for playing high-end games. There is also a Low-Power Mode that helps limit power consumption.

Western Digital is offering a heatsink option that is available for all the storage capacities of the WD Black SN750 NVMe SSD, except the base variant of 250GB. The heatsink is designed to complement machines with RGB lighting and other cooling technologies, such as water cooling. It also offers passive cooling to the drive to increase heat dissipation.

The NVMe interface of the WD Black SN750 SSD is claimed to offer speeds more than six times faster than the fastest SATA SSD by Western Digital -- at up to 3,470Mbps compared to 545Mbps delivered by the top-notch SATA SSD.