LG G7 ThinQ: 7 New Features That You Should Know About 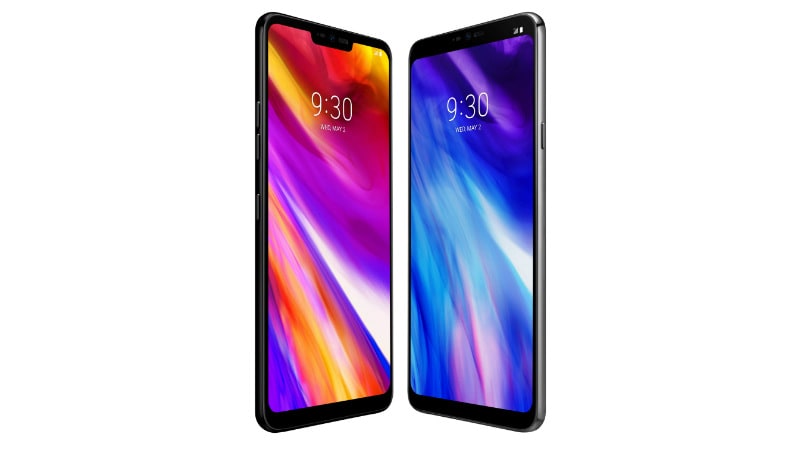 LG G7 ThinQ debuted on Wednesday as the company's latest flagship - aimed at countering the likes of Apple iPhone X and Samsung Galaxy S9. The new smartphone has a top-of-the-line hardware that includes a thin-bezel FullView Super Bright display, Qualcomm Snapdragon 845 SoC, and dual rear camera setup. It also comes with Android Oreo along with a new version of LG UX on top. All this makes the latest LG smartphone a decent alternative in the premium segment. However, the South Korean has also provided a bunch of proprietary features that make its newest model a compelling option. These features are using the hardware-software mix of the LG G7 ThinQ to deliver an advanced user experience.

Here, we cover a total of seven new features of the LG G7 ThinQ that you should know about.

First in the list of the LG G7 ThinQ features is AI CAM that was initially a part of the LG V30S ThinQ. The feature, which is based on artificial intelligence (AI) based algorithms, offers a total of 19 shooting models that are designed to enhance the memories captured from the dual rear camera setup. The smartphone also has three effect options that can be picked up to improve photos further. Plus, there are AI algorithms that are touted to adjust the camera settings automatically when capturing shots in low light.

Alongside the AI CAM, the LG G7 ThinQ comes preloaded with a Portrait mode that blurs backgrounds to enhance foreground subjects, also known as the depth-of-field Bokeh effect. This appears similar to the Portrait mode available on many other smartphones. Furthermore, the handset can generate the Bokeh effect using either the standard or the Super Wide Angle lens of the rear camera setup that comes with an f/1.9 aperture and 107-degree of view.

The LG G7 ThinQ has 3D Stickers that use the smartphone's face recognition technology to generate 2D and 3D overlays such a sunglasses and headbands. These objects can be viewed directly on the display. LG looks set to take on Apple's Animoji and Samsung's AR Stickers by offering 3D Stickers on the latest G series model.

Similar to 3D Stickers, the LG G7 ThinQ has a Live Photo mode that reminds us the Live Photos feature of Apple's iOS. The mode records a scene one second before and after once the shutter is pressed. This helps to capture snippets of unexpected moments or expressions that would be missed normally.

In addition to the camera-focused features, the LG G7 ThinQ has a Boombox Speaker that creates a resonance chamber by utilising the internal space of the smartphone to produce double the bass of conventional smartphones, and increases the amplitude by more than 6dB. The company claims that the new speaker design offers a powerful "boombox" sound and transform the built-in speaker into a woofer to amplify the bass effect.

The next audiophile-centric feature that the LG G7 ThinQ has is DTS:X support. This is claimed to help deliver virtual 3D surround sound of any type of content - irrespective of what earphones you are using - up to 7.1 channel. Notably, there is a 3.5mm headphone jack that offers compatibility with a wide range of earphones. The smartphone is also equipped with a Hi-Fi Quad DAC technology that is touted to provide a rich sound experience when paired with high-impedance earphones.

Last but not the least in the list of major new features the LG G7 ThinQ offers is the dedicated Google Assistant button that helps you launch Google's voice assistant with a single tap. You can also double tap the button to launch Google Lens. Similarly, you can start talking to the Google Assistant by holding down the dedicated button. This sounds similar to a walkie-talkie that comes with a push-to-talk (PTT) button.

What's Good for Apple Isn't Always Best for iPhone Suppliers
Facebook Is Building a Dating App - but in Many Ways, It Already Is One