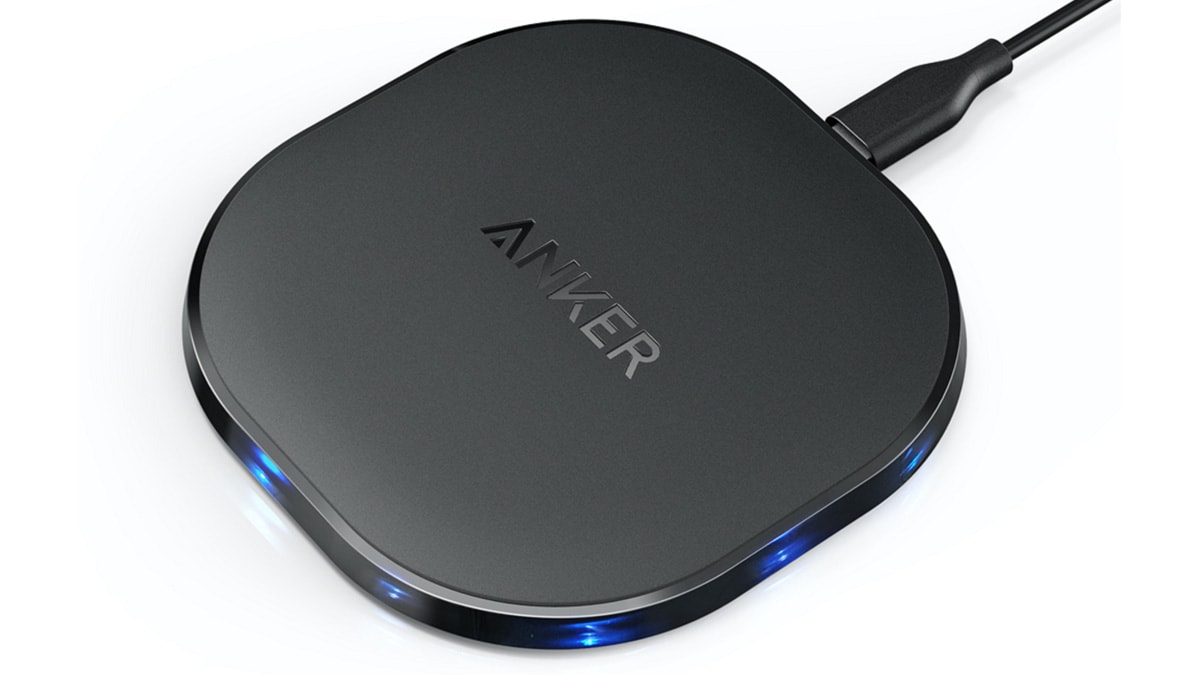 The wireless charger has status LEDs all around the base

Popular phone accessory manufacturer, Anker, has launched its first 10W Qi wireless charger in India. It's a charging pad that supports the faster 10W charging speeds and is compatible with any Qi wireless charging standard supporting device. It's priced in India at Rs. 3,499, with an 18-month warranty and is only available in one colour, which is black. It's said to be available across major retail and e-commerce stores in India.

The Anker 10W charging pad measures 209x127x36mm and weighs 168 grams. It features a non-slip texture for the base and feet underneath, so it stays put on a desk. The charger also features blue LED lights around the base of the charger, which light up when a phone is charging and turn off when the device it fully charged. Anker states that it's also used sensors for temperature control, overcurrent protection and overvoltage protection. Anker says that you'll be able to wireless charge your phone even with a case on (up to 5m thick).

When plugged into a regular charger, the Anker 10W charging pad charges at 5W but when plugged into a Qualcomm Quick Charge 3.0 compatible wall adapter, it can charge at 10W. Anker bundled a Micr-USB cable in the box but the wall charger will need to be purchased separately.

As more and more devices, especially smartphones and audio accessories such as wireless earbuds, begin adopting the Qi standard, wireless chargers have dropped in price considerably compared to what they were a few years back. The Qi standard is not new, as phones as old as Nokia's Lumia devices began using it many years ago.

There are plenty of Qi wireless chargers available in the market, in all shapes, sizes and charging capacities. We've rounded up some of the best wireless chargers that you can buy in India right now, which you can read about here.