iOS 11.4 Update Released With AirPlay 2, Messages in iCloud, and More: How to Download and Install 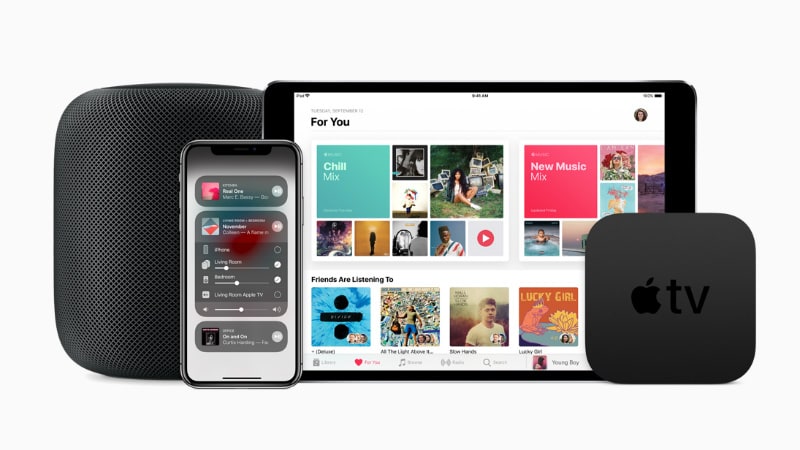 Apple has released iOS 11.4 for eligible iPhone, iPad, and iPod touch models. The update brings the much-anticipated AirPlay 2 transfer protocol, announced at WWDC back in June last year and initially planned to reach Apple devices via iOS 11 in the third quarter of last year. It brings multi-room audio support and stereo pairing to the HomePod and Apple TV devices. The iOS 11.4 update also brings the ability to store your messages on iCloud, apart from a bunch of performance improvements and bug fixes.

With AirPlay 2 available on your iOS 11.4 running devices, you can control your compatible home audio system and speakers, which are based on the new AirPlay protocol, throughout your home location. This means you can play the same song everywhere or move music from one room to another using an iOS device, HomePod, Apple TV, or simply by asking Siri. You can also control multiple AirPlay 2-powered audio devices directly from Control Centre of your iOS device even through the lock screen. Additionally, AirPlay 2 enables you to attend a call or play a game on your iPhone or iPad without interrupting music playback on your AirPlay 2-enabled speakers. Sonos is presently working on bringing AirPlay 2 support to its speakers. Nevertheless, the new change is likely to convince other multimedia device manufacturers to integrate the new protocol.

Specifically for HomePod users, the iOS 11.4 update brings support for setting up HomePod stereo pair using your iPhone or iPad. This advanced pairing functionality senses the location of your HomePod in the room to balance its sound. There is also an advanced beamforming that is claimed to provide wider soundstage than a traditional stereo pair. Notably, your HomePod will automatically receive the update to support stereo pairs unless auto updates are disabled in the Home app on your iPhone or iPad.

It is worth mentioning here that multi-room audio support and stereo pairing both are already available on Amazon Echo and Google Home speakers. Having said that, Apple is offering features such as location sensing and advanced beamforming to take on the competition.

In addition to AirPlay 2 support, the next major change the iOS 11.4 update brings is an enhanced messaging experience that is now backed by iCloud. You can leverage the new development and store all your messages, photos, and other attachments received through the Messages app directly on iCloud. This helps to save some local storage space on your devices. Further, all your messages will appear on your new device when you sign in using the same iMessage account.

The iOS 11.4 update also brings an upgraded Siri experience. You can now use Siri on your HomePod to send a message, add reminders and notes, and check for calendar appointments. The voice assistant can also set a timer, play a podcast, check the news, sports, traffic and weather, and control HomeKit-based smart home devices. Moreover, Apple claims that Siri is now actively used on over half a billion devices and has a deep knowledge of music and understands personal preferences and tastes.

Apart from the major new features, the iOS 11.4 update has a bunch of performance improvements and bug fixes. The update enables teachers to assign reading activities to their students in iBooks using the Schoolwork app. It also fixes the 'black dot' bug that was causing the Messages app to crash the device when it receives an ominous black dot message. The latest update also fixes an issue that could prevent users from changing which apps can access data from the Health app. Likewise, it fixes issues that where CarPlay audio could become distorted and when selecting music from an iPhone could fail when playing music over Bluetooth or when connected to USB on some vehicles. The update also resolves an issue that could cause an app to appear in an incorrect location on the Home screen. Furthermore, Apple will soon provide information on the security of the latest update on its support page.