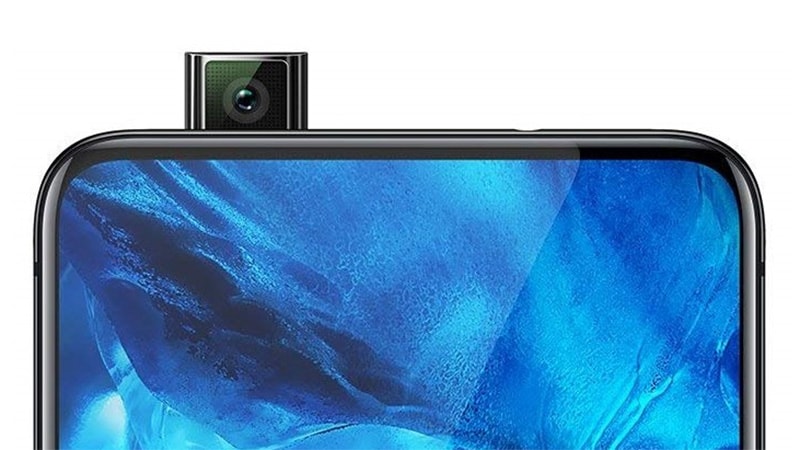 It seems like pop-out and slide-out cameras were not just a phase we experienced in 2018. According to a recent reveal by a Chinese tipster, the Oppo R19 and the Vivo X25, both of which are expected to release in 2019, could sport pop-out cameras with edge-to-edge displays. The said tip also claims that both phones will not have a rear fingerprint scanner, and will feature in-display fingerprint sensors. While there have been a number of innovations to reduce or eliminate the notch, so far the pop-out camera, slider, and dual display options are the only ones that truly gives you a full display on the front.

The Chinese tipster has revealed this new information based on the parts factory mould data for the Oppo R19 and Vivo X25, both of which show a pop-up camera design. The difference is that while Oppo will have the camera unit rising from the centre of the top panel, the Vivo camera will rise from a little to the right, again from the top panel. If the devices truly will have in-display fingerprint scanners, then it would be safe to assume that both will also feature OLED displays.

Considering the new trends of waterdrop notches and punch-hole cameras, this is still the only usable option for a true edge-to-edge display, apart from the slider and dual display options.

Last year Oppo had opted for a slide-out camera design with the Oppo Find X (Review), which integrated the front camera and sensors. The design was however criticised for not being a great long-term use option. Vivo Nex (Review), which was launched shortly after, was said to have a sturdier camera mechanism in comparison.

Though no definite dates have been announced by either manufacturer, the Oppo R19 is expected to debut sometime in March.