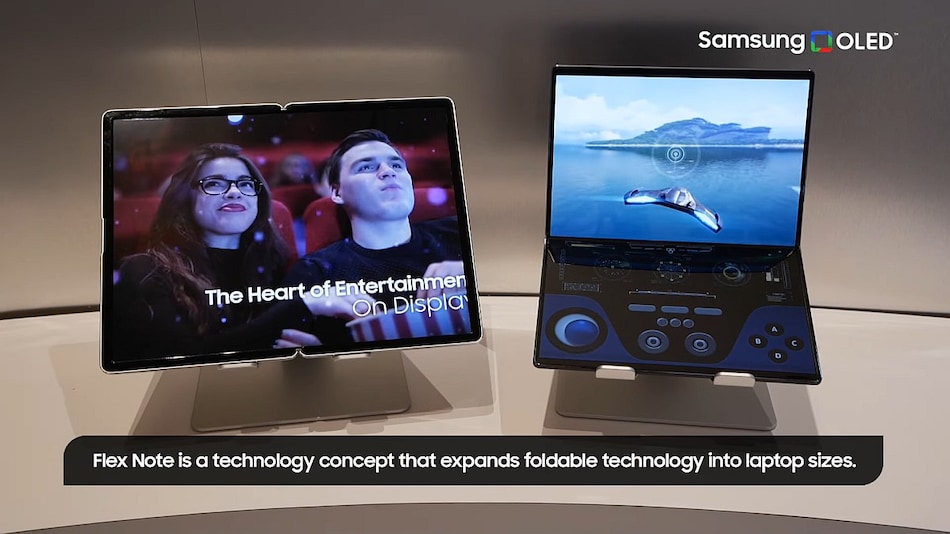 Samsung showed off four foldable display technologies at CES 2022, including three new panels that could feature in smartphones, and a display that could be used in a foldable laptops. The company already sells popular foldable handsets such as SamsungGalaxy Z Fold 3 and Samsung Galaxy Z Flip 3, which compete with offerings from Motorola and Oppo. The company revealed its Flex S, Flex G, and Flex Slidable panels aimed at smartphones, along with the Flex Note panel that could make its way to keyboard-less laptops with foldable displays. However, Samsung is yet to reveal any plans to turn these concept devices into retail products.

The South Korean company showcased its Flex Note panel at CES 2022, which is a concept for laptops with a single, continuous display that replaces the physical keyboard, according to a report by SamMobile. Users will be able to take advantage of additional screen real estate when consuming media and other content, while having access to a touch keyboard and other input options just like a smartphone screen, according to the report.

Samsung's Flex S and Flex G concept panels are named after the manner in which they unfold. This means that the Flex S fold comes with three panels that fold outward, into a larger screen. It is worth noting that while the Flex S panel does offer a larger display with a compact form factor, two of the display panels are facing outward which could expose it to scratches and damage. Samsung's Flex G concept is designed to mitigate that problem — it also features three foldable panels, but which fold inward instead of outward.

The company showcased a fourth foldable display technology at CES 2022, called Flex Slidable. It features a familiar design that resembles the Oppo X 2021 smartphone. The Flex Slidable panel was shown off in a concept handset, with a sliding display that rolls out in for additional screen space. While it could be used to expand the viewing area for content, Samsung's video suggests a set of shortcuts, similar to its swipeable shortcut panel found on its One UI Android skin.