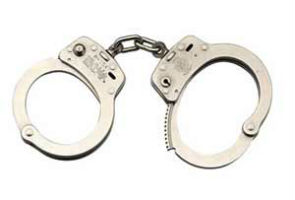 An indictment unsealed in a New York court alleges that a teenager linked to the Lulz Security group of hackers was able to eavesdrop on the call after an unnamed officer with Ireland's national police force forwarded a work message to his insecure personal email account.

The email, which apparently originated from the FBI's Timothy Lauster, invited dozens of law enforcement officers from across Europe and the United States to coordinate their efforts against LulzSec and its amorphous umbrella group, Anonymous.

The FBI's indictment said that 19-year-old Donncha O'Cearrbhail intercepted the email and used the information in it to access and secretly record the Jan. 17 call, which hackers subsequently broadcast across the Internet.

The indictment said O'Cearrbhail was charged with one count of computer hacking conspiracy, and one count of intentionally disclosing an unlawfully intercepted wire communication.

O'Cearrbhail was one of five people charged in a multinational operation targeting hackers linked to Lulz Security. His indictment was unsealed on Tuesday as authorities revealed the group's ringleader had secretly become an FBI informant and turned against his comrades.

A spokesman for the Irish police, known as the Garda Siochana, refused to comment either on the details of the O'Cearrbhail charge or on the nature of the email blunder.

There appear to be only two Garda-linked names in Lauster's email: Paul Gillen and Colm Gallagher.