Flight-tracking website FlightRadar24, said that around 320,000 users were following every move of Nancy Pelosi's flight. 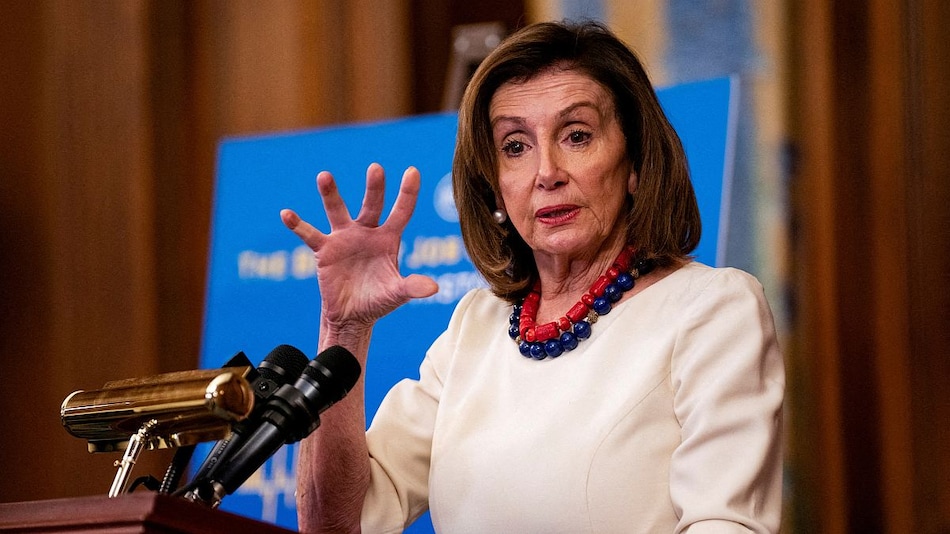 The US Air Force's Boeing C-40C "SPAR19" plane which is carrying US House Speaker Nancy Pelosi to Taiwan is currently the world's most tracked aircraft. According to flight-tracking website FlightRadar24, around 320,000 users are following every move of Pelosi's flight. Internet users are speculating whether the Democrat Congresswoman will go ahead with a highly controversial visit to Taiwan against the wishes of the Biden administration.

Meanwhile, Taiwan's Liberty Times newspaper had earlier reported that Pelosi is expected to arrive at 10:20 pm local time via private plane at Songshan airport in Taipei, which also hosts a military base.

The SPAR19 flight took off from Kuala Lumpur's Subang Airport at approximately 3:40 pm, but headed east toward Borneo island, flying close to the Indonesian city of Manado before taking a turn north to the Philippines -- steering clear of the South China Sea, reported FlightRadar24.

The 11-year-old aircraft that is reportedly carrying Pelosi has been transmitting data to allow it to be publicly tracked but there is no official confirmation of whether she is onboard.

Flightradar24 is a popular flight tracking website based in Sweden that uses aircraft ADS-B broadcast signals sent to ground-based receivers, as well as satellite data and several other sources to track thousands of flights live around the world every day.

The White House has been dismayed by Pelosi's decision to push ahead with her Taiwan engagements because the visit has infuriated Beijing.

National Security Coordinator John Kirby told reporters yesterday that the administration would also be keeping a close eye on Pelosi's jet to see if it headed to Taiwan.

Hours ahead of US House Speaker Nancy Pelosi's arrival in Taiwan, China upped the ante and threatened Washington with "very grave" consequences if the high-level visit takes place.

Pelosi is likely to visit Taiwan Tuesday evening, as per reports. She is going to Taiwan for meetings scheduled with top government officials in the self-governed island that China calls its own and vows to forcefully takeover.

Wang Xiaojian, the spokesperson of the Chinese Embassy in India, issued a warning saying Pelosi's Taiwan visit would constitute a gross interference in China's internal affairs and greatly threaten peace and stability across the Taiwan Strait.

"A visit to Taiwan by Speaker Pelosi would constitute a gross interference in China's internal affairs, greatly threaten peace and stability across the Taiwan Strait, severely undermine China-US relations and lead to a very serious situation and grave consequences," Wang tweeted.