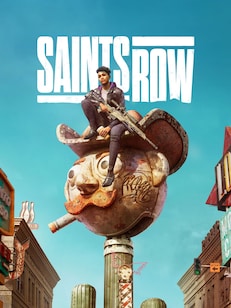 Saints Row — a reboot of the beloved franchise created by Deep Silver Volition — seemingly had regained the trust of its fans after an initial reveal had them deeply worried. The developer was able to create some buzz through succeeding trailers, which made fans excited for its release. Now, having spent over a week with the game — Saints Row released August 23 for PC, PS4, PS5, Xbox One, and Xbox Series S/X — I am afraid to say that the initial fears of the fandom have come true. This new take on the descent into a life of crime for the Saints is devoid of all the quirky traits that made it truly stand out and set itself apart from Rockstar's GTA games back in the day.