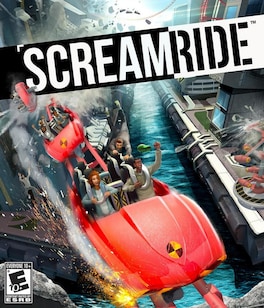 Here's something you may not have known: prior to returning to its roots making space simulation games with the critically acclaimed Elite: Dangerous, UK-based Frontier Developments was responsible for a host of amusement park management games such as the RollerCoaster Tycoon and the Thrillville series. And while Elite: Dangerous is the company's biggest draw what with an impending Xbox One release, if ScreamRide is any indication, Frontier Developments has not forgotten its expertise in letting you make roller coasters and tear them down.