ACT HomeCam Security Camera Launched in India: All the Details

ACT HomeCam is priced at Rs. 2,249 if bought outside of the subscription plan. 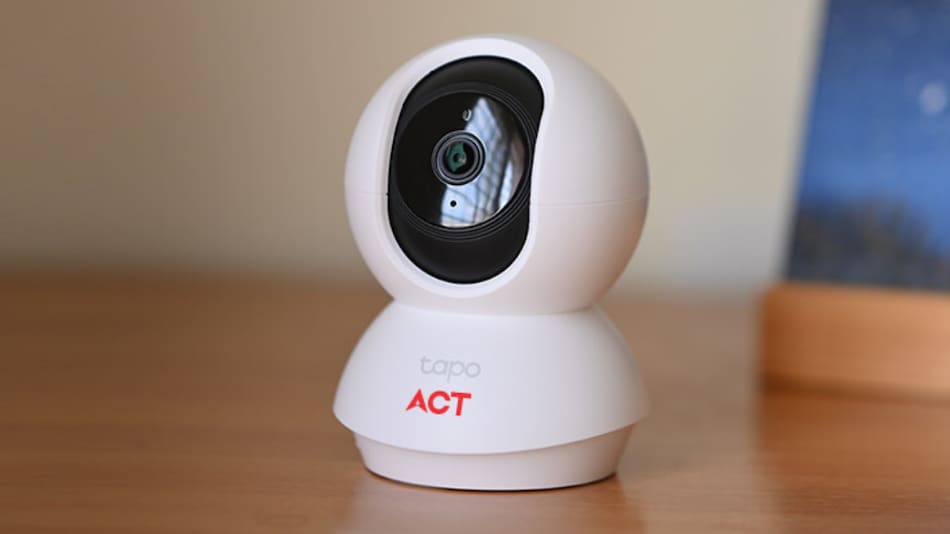 ACT HomeCam is also available for a monthly subscription of Rs. 200 per month

ACT HomeCam surveillance CCTV camera has been launched to assist in home security measures. It is simple to install, works on Wi-Fi, and is cost effective. The camera pairs with the TP-Link Tapo app on Google Play store allowing users to see live footage of their home from anywhere. It is important to note that ACT HomeCam works alongside the ACT network only. Users can install multiple HomeCam units across their home and view all the footage on a single app.

ACT HomeCam is priced at Rs. 2,249 if bought outside of the subscription plan. The home surveillance camera is also available for a monthly subscription of Rs. 200 per month and an additional Rs. 500 is taken as security deposit. This device is available for ACT Fibernet subscribers only through the official website and app.

ACT Fibernet has partnered with TP-Link to launch the HomeCam. It has a 2-megapixel HD camera that offers 1080p recording, 110-degree wide-angle view, and Night Vision Infrared lens with view clarity of up to 30 feet. It supports motion detection and responds during an unlikely event with alert functions. There's a microSD card slot that supports 128GB of footage storage for 24 days. Users can set a schedule for recording and playback the video at their convenience. There's also a privacy mode to disable recording when required.

As mentioned, multiple ACT HomeCam units can be setup around the house, and users can toggle between multiple views of live video through Tapo app. It supports two-way talking through the camera and has pan tilt zoom (PTZ) feature enabled, where the user can pan the camera 360 degrees and tilt the camera lens 110 degrees through the app. Also, the setup is easy through the Tapo app and the HomeCam connects to the home Wi-Fi, allowing users to watch the live feed from anywhere. ACT HomeCam supports 2.4GHz Wi-Fi band only.