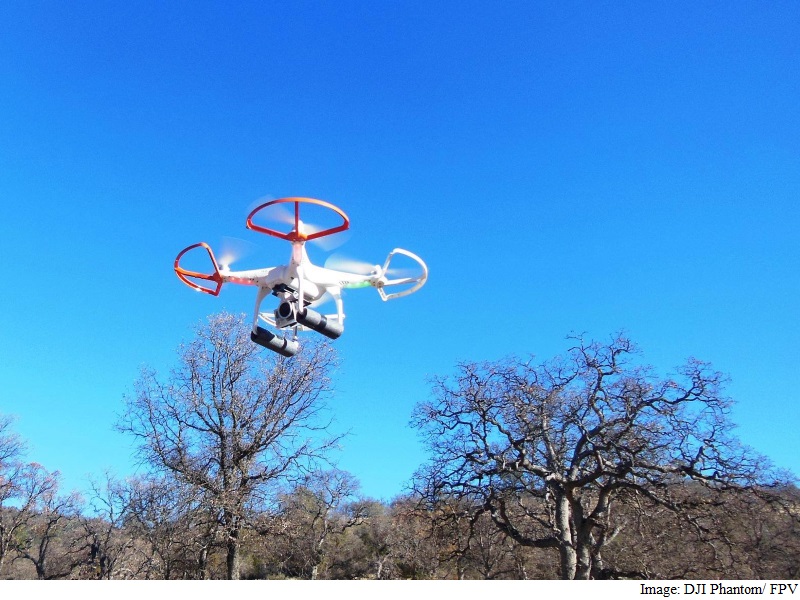 Every year, Switzerland responds to about 1,000 backcountry search-and-rescue (SAR) emergencies - hikers injured in falls, thrill-seekers who've gone missing, campers stranded by rock slides or floods. Currently, the normal way to find people is to dispatch human teams, sometimes into dangerous parts of the Alps. This work is time-consuming; about 10,000 manpower hours are expended annually in Switzerland alone. Emergencies in other trekkers' paradises, such as Nepal and Peru, only add to the global total.

Now, elevating operations off the ground, a team of Swiss researchers has developed an SAR drone. Aerial missions offer several obvious benefits: Drones are relatively cheap these days, several can be released simultaneously to scan different areas in short order, and they don't place human responders in harm's way. The newly developed device, however, isn't like the run-of-the-mill drones saturating the commercial market. In fact, it may be smarter than the average human.

The machine's navigation software relies on a specially designed algorithm - supported by a "deep learning" neural network that mimics the human brain - that allows the drone to process and recall visual experiences. By having the robot digest about 20,000 images of trails in the Alps, the researchers trained it to recognize signs of both official and man-made paths-say, beaten dirt or softened grass-as well as their trajectories. In practical terms, this means the drone, which has two camera lenses, can spot and then autonomously steer itself along routes that missing people may have followed or even blazed themselves. The research team found that the device has an 85 percent accuracy rate in identifying trails - 3 percent higher than humans trying to do the same on foot.

The next phase is teaching the drone - still a prototype - to recognize faces. With different software (not yet developed), the device could learn to distinguish human features in images, alert responders to individuals' precise locations, and possibly even describe what condition they are in. The drone, in other words, will be able to do all the searching in emergencies. Humans will only have to swoop in for the rescue.

For centuries, the only way to study the brain was post-mortem dissection or, worse, lobotomies that often resulted in living patients suffering brain damage. Thankfully, neuroscience has progressed rapidly-and humanely-in recent years, so deciphering the brain's mysteries doesn't require so much slicing and dicing. Now scientists at the University of Virginia are throwing decidedly blunt instruments into the mix: magnets. They developed a synthetic gene that links the neuronal activity of dopamine, which creates pleasurable feelings, to the brain's mediation of iron. They then spliced the gene into six mice and exposed the animals to magnets-causing them to be hit with a whoosh of dopamine-induced happy vibes.

Remote magnetic manipulation could revolutionize treatments for neurological diseases. Doctors could one day control misfiring neurons that cause Parkinson's, schizophrenia, and other diseases, reducing or eliminating their effects. Thanks to the "Magneto" gene, as its inventors call it, the brain may soon be more scrutable than ever.

Most HIV tests don't actually check for the virus that causes AIDS. Rather, assays search blood samples for antibodies that humans produce to fight the pathogen. Particularly in the early phases of infection, the immune system may not respond strongly enough for a test to get a positive result. In fact, the US Department of Health and Human Services advises, "[I]f you get a negative result within three months of your most recent possible exposure, you need to get tested again at the three-month mark." Other disease screenings, including ones for hepatitis and various cancers, are stymied by similar problems.

Early detection, however, just took a big leap forward. Stanford University researchers have developed a method of identifying antibodies by tagging them with short DNA strands. In lab analyses, these tags show up in far greater numbers than do proteins, which most existing tests use, making the antibodies much easier to identify. The researchers used their method in thyroid-cancer screenings and found that it outperformed conventional detections by as much as 10,000 times. The team is now developing tests for diabetes and HIV, which could help doctors spot some of the world's most intractable diseases before they're able to do their deadly work.

The quest for artificial intelligence (AI) isn't just about building computers that think like people do. Smart machines need to be able to see, hear, smell, taste, and feel-incredibly complex processes through which humans absorb and distill external data. This winter, researchers at the Institute of Neuroinformatics in Zurich ventured into this new frontier when they unveiled a silicon cochlea. The device is a very un-humanlike block of circuit boards and buttons attached to a pair of microphones. The mics function like ears, detecting sound across thousands of frequencies. Audio captured by the cochlea is run through analytical software to identify its source; by measuring how fast sound waves hit the mics, the software can also estimate the precise distance of their origin. Conveniently, the cochlea requires only 55 microwatts of power (basically, a pair of AA batteries). The researchers' long-term goal is to create a multimodal sensory system-they've also built an artificial retina-that would allow AI to experience the world in all its colorful, noisy, smelly, tasty, and palpable glory.

One-hundred ten million: That's how many US adults were hacked from May 2013 to May 2014. Each Internet-connected device a person owns uses a different firewall, putting all at risk if one is compromised. So Harvard and MIT researchers have developed "Sieve," an app to store data in a single, personalized chunk of the cloud.