Nokia 130 and Nokia 105 Launch, Game of Thrones on Hotstar, WhatsApp Update, and More: Your 360 Daily 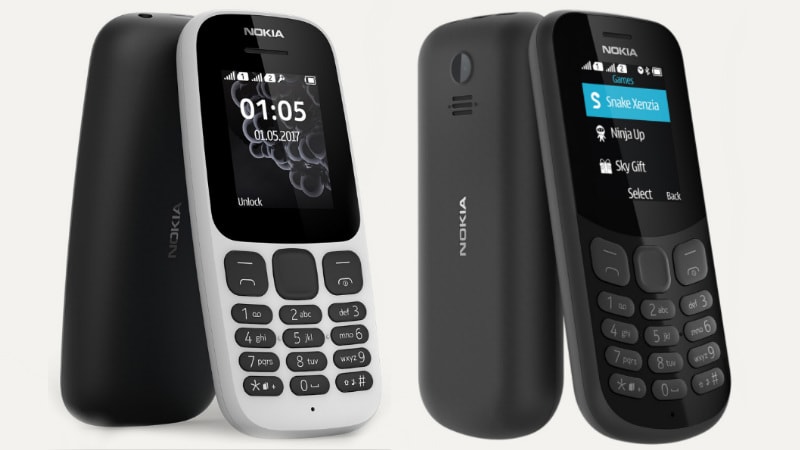 In addition to this, Nokia has launched the Nokia 5 in Germany. The single SIM version of this Android-powered smartphone is priced at EUR 190 (roughly Rs. 14,023) and the dual SIM Nokia 5 is for EUR 209 (around Rs. 15,425). As for India, HMD Global Global had earlier told Gadgets 360 it has tentative plans to start sales around August 15, Independence day with Nokia 5 pre-bookings priced at Rs. 12,899.

And if you're looking for something with a lot more power, the Nokia 8 could launch as soon as July 31, a new report indicates. The phone is said to have a 5.3-inch QHD display, and will reportedly be powered by the Snapdragon 835 SoC. The Nokia 8 is tipped to sport a 13-megapixel dual camera setup at the back and a 13-megapixel front camera. The Nokia 8 may be priced at EUR 589 (roughly Rs. 43,400) and have 4GB, 6GB, and 8GB RAM variants too, if the leaks are to be believed/

Hotstar's ‘hours before torrents’ Game of Thrones promise fails
Game of Thrones Season 7 claimed its first victim and it wasn’t a character on the show. Indian streaming service Hotstar suffered technical issues ensuring that the series’ rabid fans were unable to watch episode 1 of season 7 of Game of Thrones. Ahead of season 7 of Game of Thrones, Hotstar campaigned pretty aggressively against torrents, promising to get you the episode ahead of the torrents. Ironically, owing to these technical problems, many die-hard fans were forced to fall back on torrents for their GoT fix anyway. In a statement to Gadgets 360, Hotstar confirmed the service faced some problems earlier in the day, but said that it was "fully up now".

WhatsApp for iPhone plays catchup with the Android version
WhatsApp, everyone’s favourite messaging got some new features on the iPhone. These include pinned chats - wherein you can pin upto three contacts over the rest of your conversations - the ability to send any kind of document, and it will now let you delete a group of photos by tapping and holding them. Additionally, WhatsApp also seems to be experimenting with in-app playback for YouTube videos which means you don’t have to leave the app to watch videos on YouTube. Be warned that the feature is not widely available in the latest WhatsApp update just yet as its in the testing phase.

Moto G5S Plus and Xiaomi Mi 5X specifications leaked
The Moto G5S Plus is yet to be announced by Lenovo but that hasn’t stopped yet another leak. It could sport a dual camera setup with a flash beneath it along with a circular metal frame. This is in sharp contrast to the Moto G5 Plus that had a single camera on the back. Other details of the Moto G5S Plus, such as a front flash on top of the display and a home button on the front, are similar to the Moto G5 Plus. A previous leak suggests we could see the Moto G5 Plus sport a Snapdragon 625 SoC with 4GB RAM and 64GB of internal storage.

Also leaked is the Xiaomi Mi 5X. Promotional material for the smartphone made its way to the Internet prior to an official announcement. The Xiaomi Mi 5X design sees it taking inspiration from the iPhone 7 Plus albeit with a Snapdragon 625 SoC and 4GB RAM. It’s rumoured to have a dual camera setup too. The Xiaomi Mi 5X is expected to cost CNY 1,999 (around Rs. 19,000) and may arrive in Black and Gold colour options.

TRAI to discuss 'minimum floor price' with telcos, Aircel's new 333 pack
The freebies being offered by Reliance Jio and other telco could come to an end. On July 21, TRAI will meet all telecom providers to seek views on a ‘minimum floor price’ for voice and data rates. This comes months after Reliance Jio stormed the telecom market with aggressive data pricing, and saying that voice calls will always be free on its network. With incumbent operators blaming Jio for their financial woes and the industry debt standing at Rs. 4.6 lakh crores, it will be of interest to see how this plays out.

Amidst this, Aircel has announced a new Rs. 333 pack called RC 333 data plan. Described by the company as its ‘best ever’, the Aircel 333 pack provides users with 30GB of 3G data for 30 days with no daily usage limits at Rs. 333. Although announced for the Karnataka region, Aircel customers with 2G, 3G, and 4G handsets can avail of it but will be limited to 3G speeds.

Not to be outdone is the Xolo Era 1X Pro. Priced at Rs. 5,888, the dual-SIM Xolo Era 1X Pro sports a 5-inch HD (720x1280 pixels) display, and is powered by a 1.5GHz quad-core processor coupled with 2GB of RAM. It sports an 8-megapixel rear camera with LED flash, apart from a 5-megapixel front camera with dual-LED flash. The company is also touting smart camera features like time lapse videos, live photos, and beauty mode. It’s exclusive to Snapdeal with the first flash sale set for Wednesday and registrations are open now.

And this isn’t all, the Kodak Ektra, from Bullitt Group will be available in India at Rs. 19,990 via Flipkart from Tuesday. It has 21-megapixel fast-focus camera sensor with f/2.0 aperture as well as 13-megapixel front-facing camera with Phase Detection Auto Focus (PDAF) and f/2.2 aperture. The custom-built camera app on the smartphone comes with DSLR-like 'Scene Selection Dial' where adjustments are made in real time.

Finally, Super Plastronics Pvt. Ltd. (SPPL) announced a Bluetooth speaker called Kodak TV Speaker. The speaker comes with Bluetooth 4.0+ EDR connectivity and a range of up to 10 meters. The company claims a battery life of "over 5 hours" on the 10W speaker. It is also available via Flipkart at Rs. 3,290.

Paytm now offering refunds for movie tickets at a nominal charge
Paytm is in the process of launching a feature called Cancellation Protect. This will let you cancel ticket purchases up to three hours prior to scheduled show time if you pay the nominal amount of Rs. 9 per ticket. It’s not available for all users just yet and your full refund is in the form of a Paytm cash back. Keep in mind that there’s no partial cancellation either, which means you can’t cancel just one ticket from an entire order - you have to cancel all of them.

HTC users complain keyboard app is showing ads, company says its an 'error'
HTC smartphone users have reported that TouchPal, HTC’s built-in keyboard app has been displaying ads. While the company claims that a software update is in the works to rectify the issue, that hasn’t stopped posts circulating over the Internet on which devices have been impacted, including the HTC 10.

"Due to an error, some HTC customers have reported seeing ads on their phone's keyboard," a spokesperson stold to Gadgets 360. "This is absolutely not the experience we intended, and we're working to immediately fix the error and remove the ads as quickly as possible.”

Amazon 'Anytime' messaging service reportedly in the works
E-commerce giant Amazon seems to be working on a new messaging app called Anytime. It is said to be targeting end-users and meant to be a messaging service that allows for video chats in addition to text messages. It has been reported that the company has surveyed consumers to get an idea of what is important to them in a chat app with a leaked image stressing on privacy and encryption.