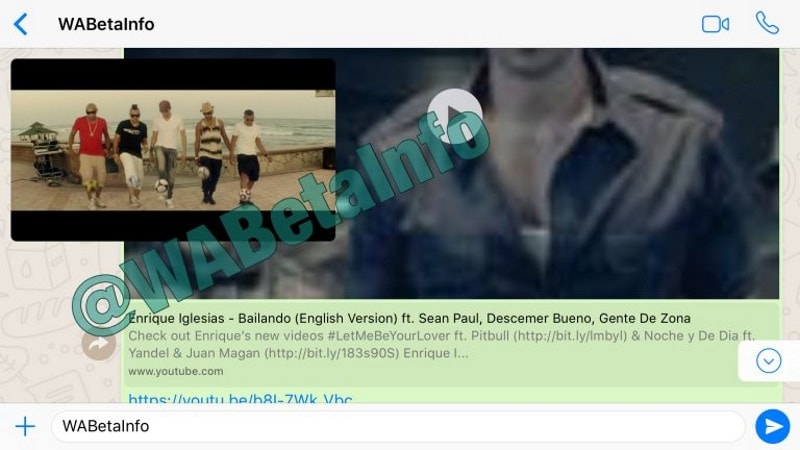 As any WhatsApp user would know, there is no support for in-app playback for YouTube videos. Instead, the app takes them to the official YouTube app or a mobile browser to play the video. However, this seems set to change as the app is reportedly getting YouTube playback support as a hidden feature. With native YouTube support, WhatsApp users will be able to watch the video without leaving the app, and then go back to their chats, meaning more time spent within the app.

The new WhatsApp feature is available with version 2.17.40 of the iPhone app, which is out in the App Store right now. The support for YouTube video playback, which was discovered by WABetaInfo, is currently not available to the public widely as the feature is currently in testing phase. As per WABetaInfo report, this feature allows users to play videos from YouTube in picture-in-picture mode. Users can resize the window with a pinch or play videos in full-screen mode. If they want to browse through other messages inside the same WhatsApp chat, or hide the video on the side.

Notably, the video playback does not continue when you change the chat. There is one more caveat to the feature as it is only available for iPhone 6 and later models, presumably due the larger display size in comparison to the predecessors, the report notes. As the feature has only been spotted on the iOS, it remains to be seen if it will be making its way to other platforms soon as well.

Unless WhatsApp finds certain issues with the implementation with this feature, users can expect to see it making its way to the app soon. As playing YouTube videos outside the app has been an annoyance for so long, we will eagerly wait to see the feature roll out widely.