Most of these apps have been removed from Google Play store, but some are still there. 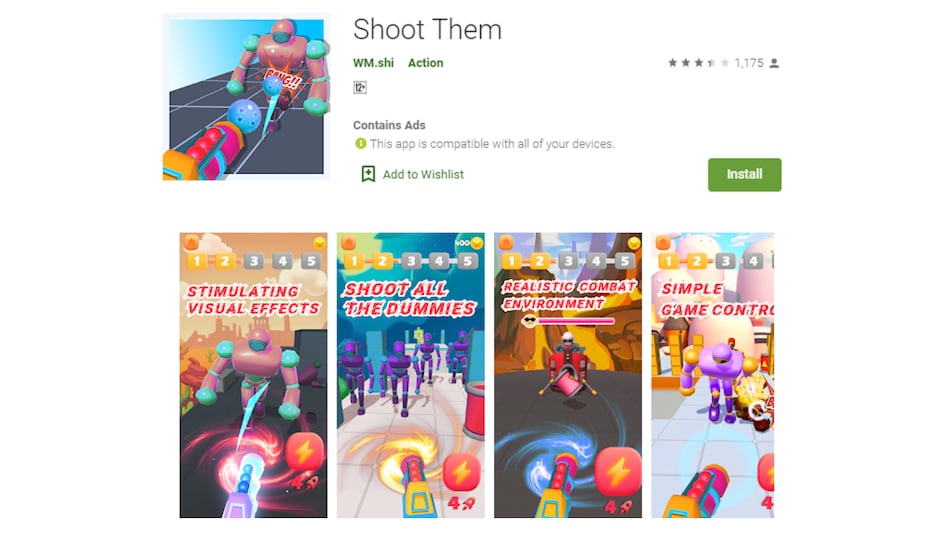 Research firm Avast has discovered as many 21 gaming apps on Google Play store that serve hidden adware. These apps mask themselves as games, and serve intrusive advertisements once installed. Intelligence firm Sensor Tower notes that these apps have been downloaded approximately eight million times so far. Apart from serving annoying ads outside the app, they also frequently hide their icons so they can't be deleted, and hide behind relevant-looking advertisements which makes them hard to identify.

All of these apps are reported to serve intrusive and annoying ads for monetary gains. A check showed that most of these apps have been removed from Google Play store, but some are still there. It is recommended that users uninstall these apps if they have them installed on their Android phones. If you can't see the app icon on your phone, head to the Google Play listing, and uninstall it manually from there.

Some best practices to avoid installing scam apps include reading reviews and assessing user experiences before pressing the install button. Avast also noticed that some of these apps have very few downloads and reviews, but the handful of reviews they have are extremely positive and enthusiastic. Threat analyst Jakub Vávra says that this can also be a sign that something is suspicious.

Avast also pushes users to be more aware before granting permissions to any app. For instance, a weather app should not be asking for permission to access your microphone and a wallpaper app does not need access to storage. All of these odd permission requests could serve as alarm bells for determining app quality.