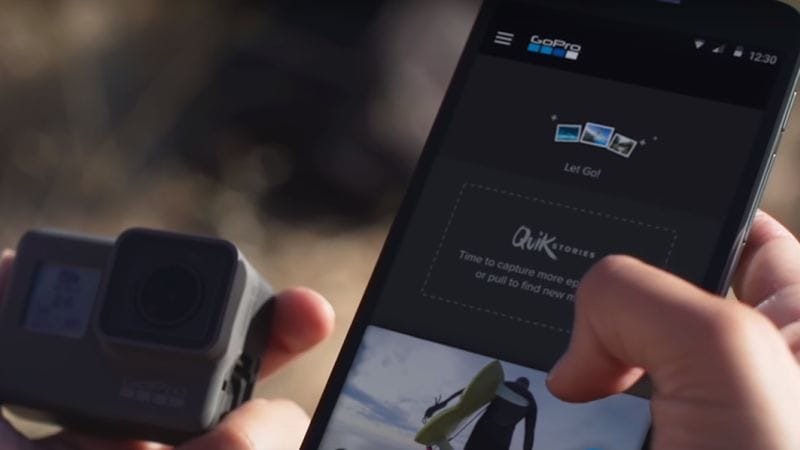 Popular action camera maker, GoPro, has added a new feature to its GoPro mobile app called QuikStories. The features automatically pulls clips shot by your GoPro Hero5 series cameras and creates a ready-to-share video clip. The new feature is available alongside an update to the GoPro app (formerly known as Capture) on Android and iOS, while it currently supports only the Hero5 series of action cameras.

We had a chance to try this out at the launch in Mumbai and it actually works as seamlessly as GoPro says. Before you get started, your Hero5 camera will need the latest firmware update for this to work, which should happen automatically once the camera is connected to the app. Next, you’ll need the latest versions of the GoPro and Quik apps installed. The app will need both Wi-Fi and Bluetooth enabled as the files are transferred over Bluetooth in the background. Once you start shooting, you get a little prompt for syncing the footage. One you press Get it, the video and photos shot within the last 72 hours will start syncing to your phone. You can turn the auto syncing option off in the settings if needed. The imported clips also have an expiry of seven days, so if you want a particular clip to stay longer, you’ll have to manually save it.

GoPro recommends shooting at 1080p resolution as the output clip will eventually be converted to a 720p video file. The higher resolution you shoot in, the longer the conversion process will take. Other than footage captured by the GoPro, you can also mix in videos and photos from your existing library. The GoPro app will send you a notification when a story is ready. Before saving and sharing it, you can customise it. You can choose from a range of transition effects, add text to parts of the clip, trim the individual video clips, add a background track and add various filters. Only photos and videos shot in the standard mode are usable as you can’t use videos and photos from timelapse or burst shots.

“QuikStories is our biggest leap forward since the invention of the GoPro itself,” says GoPro founder and CEO, Nicolas Woodman. “QuikStories is the simple storytelling solution our customers have been dreaming about for years. It’s an absolute game changer,” he adds.