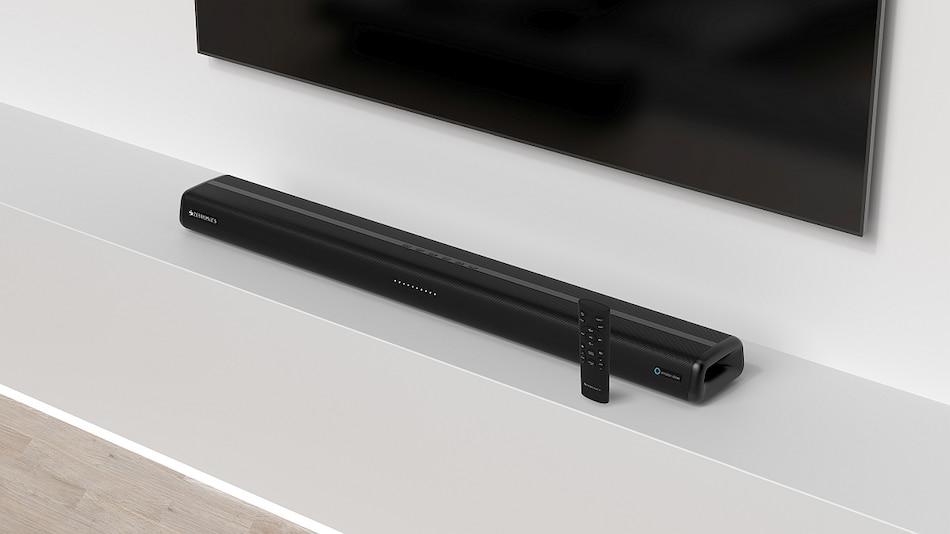 Zebronics ZEB-Juke Bar 3820A Pro soundbar was launched in India on Thursday. The soundbar comes with built-in support for Amazon's Alexa voice assistant, along with support for voice commands. ZEB-Juke Bar 3820A Pro is an 80W soundbar that is equipped with dual subwoofers along with dual mid- and high-range drivers. It utilises dual far-field microphones to help users to play music from streaming services and also check the news and other information using Alexa skills, according to the company.

The Zebronics ZEB-Juke Bar 3820A Pro soundbar comes in a standard soundbar design and features a metal grill. The company says it is designed to blend in with most living rooms or bedrooms.

According to Zebronics, the ZEB-Juke Bar 3820A Pro comes with dual 69mm subwoofers, paired with 44mm mid- and high-range drivers that offer 80W of total audio output. It has a frequency response range of 45Hz-20kHz. The soundbar comes equipped with dual far-field microphones that allow users to use voice commands even in noisy environments, the company claims. The ZEB-Juke Bar 3820A Pro comes with built-in support for Alexa, allowing users to use voice commands with Alexa skills to control their smart TV and smart home lighting, set timers, play music, control the soundbar's volume, along with several other commands.

On the connectivity front, the ZEB-Juke Bar 3820A Pro comes with HDMI ARC support, 3.5mm audio out, and optical inputs. Users can also play audio via USB or Bluetooth v5. Streaming services and media playing on the soundbar can be controlled via the Zeb-Smart Juke Bar companion app for iOS and Android. The soundbar measures 11.5x90x6.2cm and weighs 2.8kg.