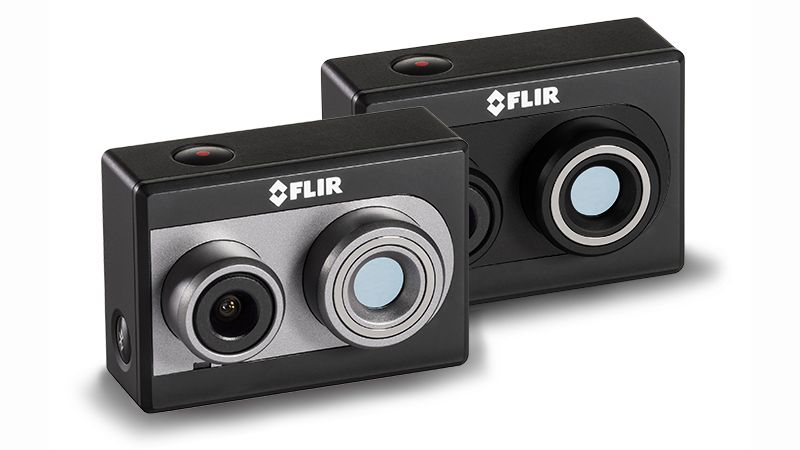 The new FLIR Duo and Duo R have much the same size and shape as most action cameras. It features on-board recording and real-time remote control of camera functions over PWM alongside MSX multi-spectral imaging enhancement. The Duo R version will be a fully radiometric variant that will deliver calibrated temperature measurements in every pixel.

The new Duo devices will combine thermal imaging with full-HD (1080p) colour video. The new cameras will allow users to see analogue and digital HDMI live video outputs with thermal or visible imagery alone, or combined in MSX or picture-in-picture format. The company adds that the Duo cameras can capture digital video files alongside still images for later analysis with the free FLIR Tools software package.

Both the new FLIR Duo cameras can be remotely controlled over Bluetooth with the FLIR app. Users can control camera functions with PWM inputs and configure camera's recording over the app. FLIR app is available for both Android and iOS operating systems. For drone use, FLIR Duo can be operated at an altitude of over 12,000 feet. It measures 41x59x29.6mm and weighs 84 grams.

Separately, FLIR also launched a new version of its FLIR One (right) thermal imagine accessory for Android and iOS - the third generation of the accessory - alongside the FLIR One Pro (left), which sports four times the resolution as the standard version, and features like multiple spot temperature readings. This time, the Android variant comes with the choice of a USB Type-C port, fitting on newer smartphones while also allowing users to flip the camera in either direction.