CertiK has described these scammers as ‘professional KYC actors’ who are ready to pose as fake crypto project associates. 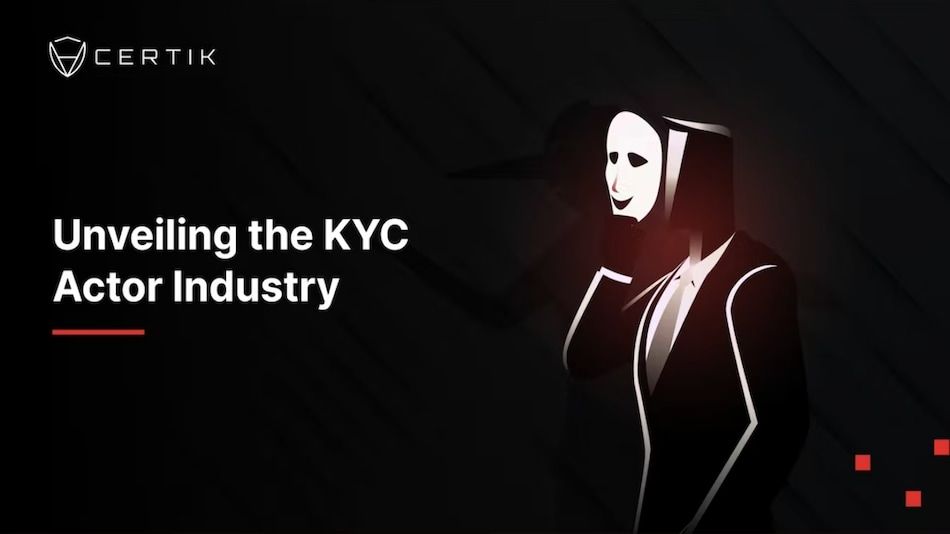 Crypto scammers have devised new ways to utilise the black market in order to get the best out of unsuspecting crypto investors. As per a report by CertiK, scammers have been purchasing cheap identities of real people from the black market to put names and faces on fishy projects to make them look legitimate. The price to buy this fraudulent identity is as low as $8 (roughly Rs. 650). CertiK has described these scammers as ‘professional KYC actors'. Later, these people are known to abandon projects making them look like an ‘insider hack' or ‘exit scam'.

These identities sourced from the dark web are also used to register for bank accounts on behalf of the scammers.

The main aim for the fraudsters is to dodge regulatory requirements to begin projects that expose people to financial risks.

“Basic KYC verifications are regularly effective at annoying honest retail users. CertiK's investigation confirms that criminals have developed several ways to bypass regular verifications, and the existence of professional KYC actors illustrates how easy it is to escape accountability,” the CertiK report said.

CertiK has unveiled an underground ring of KYC actors for hire, used by rogue developers to scam #Web3 communities.

From our conversation with a KYC actor, to our deep-dive investigation into their underground world.. The dark side of #KYC :eyes::point_down:https://t.co/Whza1Hd1HU

In conversation with an anonymous KYC actor, CertiK claimed that it is very easy to hire somebody to be part of a fraudulent endeavour. CertiK noted that most hired KYC actors are based in developing countries “with an above-average concentration in South-East Asia” and can ask for as much as $30 (roughly Rs. 2,450) per role.

For people agreeing to pose as fake CEOs of malicious crypto scams, the rate for the role can go as high as $500 (roughly Rs. 40,800).

In its report, CertiK has sounded an alert that over 40 websites claiming to vet crypto projects and offer ‘KYC badges' are ‘worthless' as the services are ‘too superficial to detect fraud or simply too amateur to detect insider threats'.

In a recent report, Chainalysis claimed that the month of October has been the worst in terms of crypto-related crimes this year. The crypto sector lost over $718 million (roughly Rs. 5,890 crore) owing to such crimes.

“This year will likely surpass 2021 as the biggest year for hacking on record. So far, hackers have grossed over $3 billion (roughly Rs. 24,601 crore) across 125 hacks,” the Chainalysis study had claimed.

1/ After four hacks yesterday, October is now the biggest month in the biggest year ever for hacking activity, with more than half the month still to go. So far this month, $718 million has been stolen from #DeFi protocols across 11 different hacks. pic.twitter.com/emz36f6gpK

Crypto criminals are swarming to Twitter to hunt for their potential victims, a cyber security researcher popular by the name of ‘Serpent' recently reiterated on Twitter.