The island nation of Tuvalu plans to build a digital version of itself, replicating islands and landmarks and preserving its history and culture. 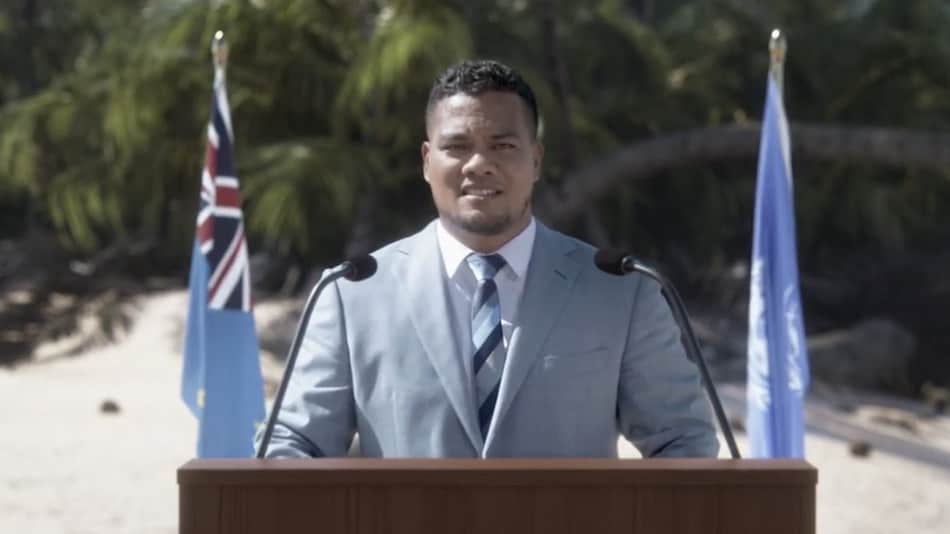 Tuvalu said on Tuesday it plans to build a digital version of itself, replicating islands and landmarks and preserving its history and culture as rising sea levels threaten to submerge the tiny Pacific island nation.

Tuvalu's Foreign Minister Simon Kofe told the COP27 climate summit it was time to look at alternative solutions for his country's survival and this included Tuvalu becoming the first digitised nation in the metaverse - an online realm that uses augmented and virtual reality (VR) to help users interact.

"Our land, our ocean, our culture are the most precious assets of our people and to keep them safe from harm, no matter what happens in the physical world, we will move them to the cloud," he said in the video that sees him standing on a digital replica of an islet threatened by rising sea levels.

Kofe grabbed global attention at last year's COP26 when he addressed the conference standing knee-deep in the sea to illustrate how Tuvalu is on the front line of climate change.

Tuvalu was having to act because countries globally were not doing enough to prevent climate change, he said.

Tuvalu will be the first country to replicate itself in the metaverse but follows both the city of Seoul and the island nation of Barbados which last year said they would enter the metaverse to provide administrative and consular services, respectively.

"The idea is to continue to function as a state and beyond that to preserve our culture, our knowledge, our history in a digital space," Kofe told Reuters ahead of the announcement.

Tuvalu, a group of nine islands and 12,000 people halfway between Australia and Hawaii, has long been a cause celebre for the risks of climate change and rising sea levels.

Up to 40 percent of the capital district is underwater at high tide, and the entire country is forecast to be under water by the end of the century.

Kofe said he hoped the creation of a digital nation would allow Tuvalu to continue to function as a state even if it becomes completely submerged.

This is important as the government begins efforts to ensure that Tuvalu continues to be recognised internationally as a state and its maritime boundaries – and the resources within those waters – are maintained even if the islands are submerged.

Kofe said seven governments have agreed to continual recognition but there were challenges if Tuvalu goes under as it is a new area of international law.