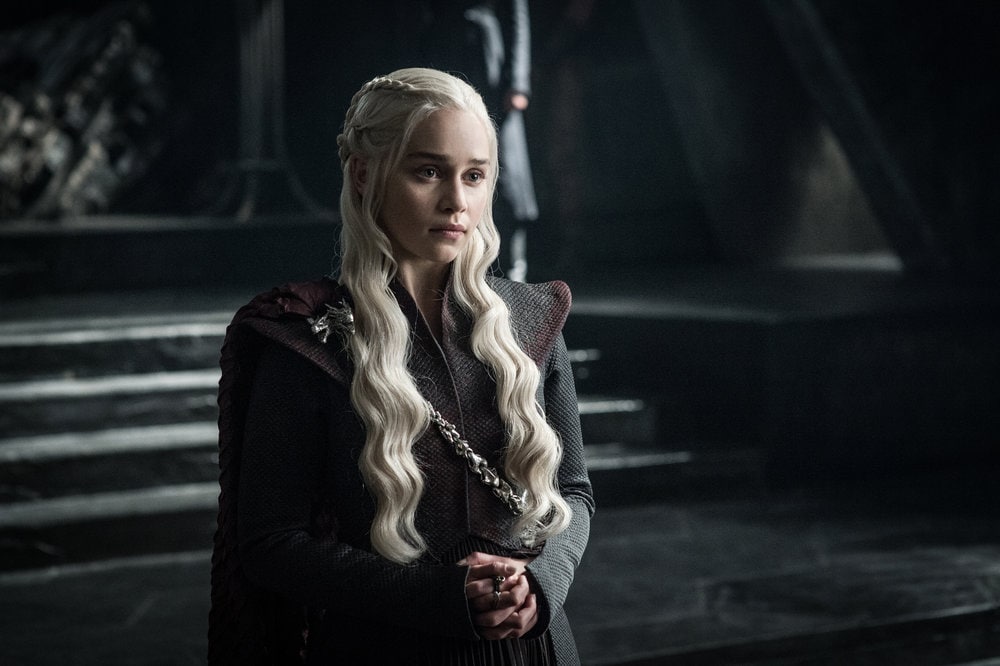 Game of Thrones' new season is still two dozen days away, but we got a two-minute peek at what we can expect on Wednesday, thanks to HBO releasing a new trailer. And now that there are only 13 episodes left in total – season 7 will be the first with a shortened run of just seven episodes, and the final season will only have six episodes – the show needs to move things along to wrap up its several plot lines.

Without the framework of George RR Martin's books, Game of Thrones went at a much faster pace last season, and the cast has said in interviews that the new seventh season will move things along even more quickly. Thankfully, HBO has given the creators full licence to stage the season as they please, with the final two episodes brushing feature-film lengths.

So what you can expect from Game of Thrones season 7? Well, here are seven things we learned from the new trailer. If you don't wish to know anything before the show returns, then spoiler alert, turn around as some of the points below might spoil your viewing experience.

Littlefinger's whispering will set up Sansa vs Jon
The ever-cunning Littlefinger (aka Petyr Baelish) has been prodding Sansa to assert herself for a while now, all to fuel his own agenda. Going by the opening narration in the new trailer – along with shots in the first trailer, and promotional photos – it does seem that's going to continue in the new reason.

Despite not being a trueborn Stark, Jon Snow was proclaimed the King in the North towards the end of last season, primarily because he's a man, and Sansa isn't. Littlefinger's look to Sansa in the season finale conveyed that he believes she should have that honour, and it seems he's going to feed her ambition as the eldest living Stark elder who deserves to have Winterfell's seat.

"Fight every battle everywhere," Littlefinger says. "Always, in your mind." Sansa does seem to be embracing that worldview a little at least – she watched dogs chew Ramsay alive and then walked away with a smile last season – and here, she closes the trailer with a narration to shots of a slumped Jon (presumably) being carried away on his horse: "When the snows fall, and the white winds blow, the lone wolf dies, but the pack survives."

Bran gets a wheelchair when he returns to Winterfell
Not only do we get a glimpse of Bran and Meera making it back to the Wall, the way the trailer is cut makes it seem like Jon Snow is waiting on the other side as the gates open. And given we see Bran later in the trailer sitting in a wheelchair under the Winterfell weirwood tree, it's likely someone does come to receive him.

More importantly, the trailer also shows Bran warging into a raven to survey the battlefield beyond the Wall, where the Night King is waiting with his fellow White Walkers and the undead. After the Night King notices him, Bran immediately pulls out. Seems like the connection between Bran and the Night King, which occurred in season six, allows the latter to feel the former's presence. Creepy.

Beric Dondarrion will join Jon's fight against the White Walkers, with a flaming sword!
A strong fiery contender for the new trailer's best moment, Lord Beric Dondarrion – who returned in season six after sitting out two season – is carrying a sword that lights up with fire. It's not clear if the flaming sword is actually Lightbringer, the famed sword of Azor Ahai, or just a visual trick similar to the one that was created by Melisandre to fool people into thinking that Stannis was the one.

Either way, it's being put to good use. You can catch Beric and his flaming sword again later in the trailer alongside Jon Snow, which suggests that Beric and his Brotherhood Without Banners will lend their support to stopping the White Walkers. And it seems Sandor 'The Hound' Clegane has accepted Beric's invite, as there's a split-second shot of him cloaked in heavy fur against a punishing winter.

Another brutal living vs undead scene is on the cards
Hardhome, the eighth episode of the fifth season, contains one of the most horrifying chapters Game of Thrones has delivered during its run. In it, Jon and Tormund travelled to the wildling village Hardhome to convince them to return south of the Wall. As they were preparing to leave, the White Walkers launched a surprise attack and killed most of them, with a select few – including Jon and Tormund – escaping in boats.

Going by the scenes in the new trailer discussed previously, it seems we might get another such episode in season 7. Since Bran is back in Winterfell, it's likely that he wargs into the raven to get the whereabouts of the Night King, and then passes on the information to Jon. Then, the Starks – along with The Hound, Beric, and his band – seek him out. There's more evidence for such a fight later in the trailer, with multiple shots of Jon (or a person resembling him) seen north of the Wall.

Euron Greyjoy will lend his support to the embattled ruling Lannisters
The sixth season of Game of Thrones ended with an alliance between Targaryen, Martells of Sunspear, and Tyrells of Highgarden. That gave Daenerys considerable power and reach, in addition to the forces that are already allied with her: the Unsullied, and the Dothraki. While the Lannisters have considerable resources of their own, their downfall seemed like a matter of time.

However, Euron Greyjoy – the new ruler of the Iron Islands – is coming good on his promise to propose marriage to the Queen, Cersei Lannister. And given the perilous position of the Lannisters, who have pushed away all their friends thanks to Cersei's actions, they will take whatever they can get.

Hundreds of Greyjoy ships, with the Kraken sigil proudly displayed, can be seen arriving at King's Landing in the new trailer. This is the culmination of the efforts Euron asked of his people in the previous season, and they clearly have delivered.

Casterly Rock seems poised to fall first
With Euron lending support, King's Landing wouldn't be an easy target for the enemy. Instead, it's much more likely that Daenerys will look to Casterly Rock – the home of the Lannisters – for a first blow. There's a lot more evidence of this in the first trailer released last month, though we do get a couple of shots in the new trailer that seem to confirm this theory of ours.

The biggest hint is the shot of Unsullied opening the door to let more Unsullied in. It's a trick Daenerys has used before: she sent some of her men into the sewers of Meereen to provoke a slave uprising. And now that Tyrion is on her side, who knows Casterly Rock from the inside out thanks to his father Tywin's orders putting him in charge of the sewers and drains of their ancestral home, it seems the Unsullied will attempt a similar strategy with the Lannister home castle. That's somewhat corroborated by the shot of Grey Worm on a boat.

Meanwhile, Daenerys is busy redecorating the castle she occupies in Westeros. We already knew her landing party would make its fall at Dragonstone – the ancient seat of Targaryens – and it's confirmed by the Baratheon banners she pulls down in the new trailer. Plus, there's another shot of her studying the carved Westeros map in the same room the late Stannis Baratheon spent quite a lot of his time in.

Dragons will save the day for Daenerys
That's not the only battle between the Targaryen and Lannister forces in season 7, though. We can see the Unsullied taking a beating in open field, with Jaime Lannister and Bronn leading Lannister archers, as a pile of wagons cruise in the background. And later in the trailer, we see Jaime storming through a blazing battlefield wielding a pike with his left hand, while Lannister carts and flags are upturned and on fire.

Given how there's fire all around him, and the shot of Dothraki emerging through fire (friendly fire, literally), it seems like Daenerys will unleash her three dragons – Drogon, Rhaegal, and Viserion – after facing some initial losses to change the tide of battle. And from the looks of it, it will work.

There's a great close-up shot of Drogon as well, and you can spot Daenerys sitting atop him if you pause at the correct moment. The details on his hide and teeth are a clear sign that the improved budget is being properly spent on the shortened run of episodes.