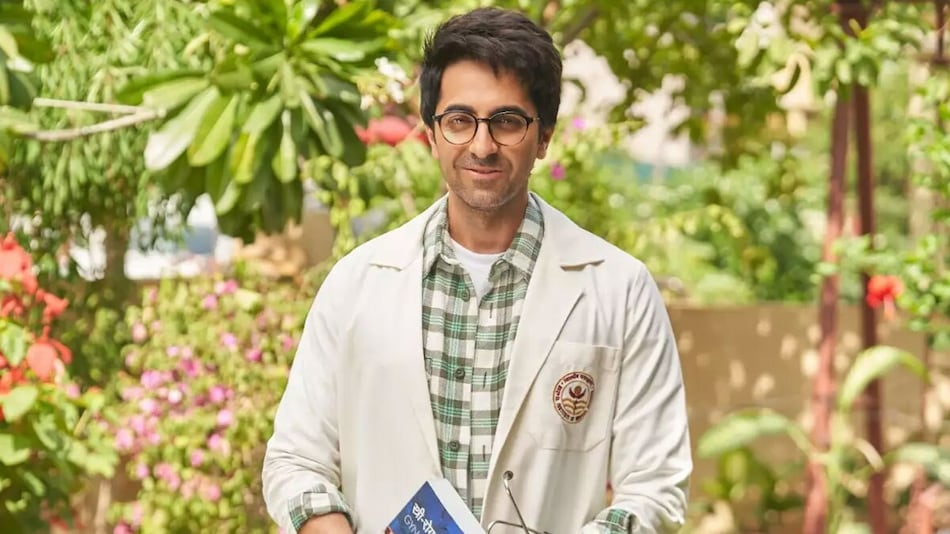 Ayushmann Khurrana's Doctor G will be released for streaming on Netflix on December 11. The campus comedy-drama, which released on October 14, marked the directorial debut of Anubhuti Kashyap, known for helming the Amazon Prime Video series Afsos. The streamer shared the news in a post on Instagram on Sunday evening.

"Doctors too have problems that they can't find a cure for! 'Doctor G' arrives on Netflix on 11th Dec! #DoctorGonNetflix" Netflix India posted.

Co-written by Sumit Saxena, Vishal Wagh, Saurabh Bharat, and Kashyap, Doctor G follows the story of a budding doctor named Uday Gupta (Khurrana) who ends up enrolling himself in gynaecology for post-graduation due to a lack of seats in his desired specialty. Wanting to specialise in orthopaedics, he finds himself amidst the chaos, confusion, and ridicule from classmates and patients alike, who aren't used to seeing a male gynaecologist.

Stuck in a never-ending loop of self-doubt, he approaches his teacher (Shefali Shah, from Delhi Crime), who suggests that he lose the “male touch.” With this new plan in mind, Uday sets out to explore tender diagnostic methods and deals with couples, who are struggling to conceive a child of their own.

Produced by Vineet Jain and co-produced by Amrita Pandey, the film also stars Rakul Preet Singh (Cuttputlli) and Sheeba Chaddha (Phone Bhoot). As stated before, Kashyap co-wrote the screenplay with Bharat and Saxena. The latter is best known for his work in the Karan Johar-directed segment on Lust Stories.

Khurrana currently stars in An Action Hero, which released in theatres on December 2.

What are the best smartphones you can buy in India in 2022? These are the phones we think stood out the most this year Orbital, the Gadgets 360 podcast. Orbital is available on Spotify, Gaana, JioSaavn, Google Podcasts, Apple Podcasts, Amazon Music and wherever you get your podcasts.
Affiliate links may be automatically generated - see our ethics statement for details.