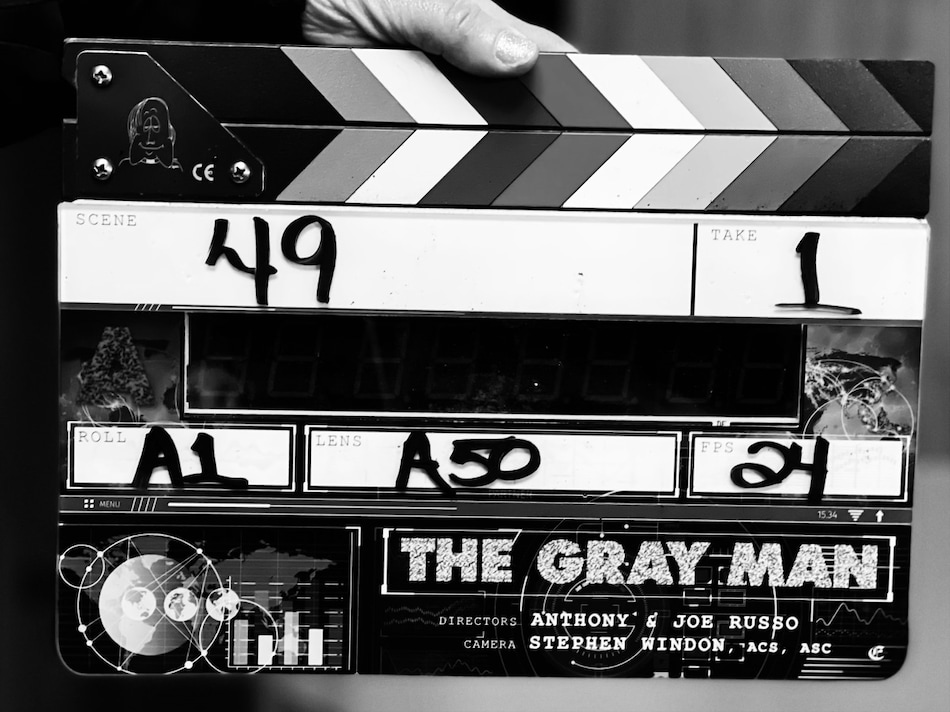 Netflix's The Gray Man — one of its most expensive movies to date from Avengers: Endgame directors Anthony and Joe Russo — has begun production. With Ryan Gosling (La La Land) and Chris Evans (Captain America) in the lead, The Gray Man is an action-thriller based on Mark Greaney's 2009 novel of the same name, and is expected to be the start of a franchise on the scale of James Bond. The Gray Man also stars Dhanush (Aadukalam), Jessica Henwick (Marvel's Iron Fist), Wagner Moura (Narcos), Ana de Armas (Knives Out), Julia Butters (American Housewife), Regé-Jean Page (Bridgerton), Billy Bob Thornton (Goliath), Alfre Woodard (Marvel's Luke Cage), and Callan Mulvey (Underbelly).

The Russo brothers tweeted from their joint official account on Tuesday, with a picture of the clapperboard and a straightforward caption: “Day 1... #TheGrayMan”. The tweet confirms that Stephen F. Windon — who has worked on six Fast & Furious movies, including the five most recent ones — will serve as the cinematographer on The Gray Man. The Russo brothers will direct off a script finished by their Endgame collaborators Christopher Markus and Stephen McFeely, with Joe Russo having originally written it. The Gray Man is a production of Russo's AGBO and Roth/Kirschenbaum Films for Netflix.

Gosling will play an ex-CIA operative and freelance assassin named Court Gentry on the Netflix film, who is being chased by fellow CIA operative Lloyd Hansen, to be played by Evans. Gosling is expected to continue in the role for future entries. Joe Russo said as much when The Gray Man was originally announced in July last year: “The idea is to create a franchise and build out a whole universe, with Ryan at the centre of it. We have all committed to the first movie, and that's got to be great to get us to the second movie. These are master assassins, [Gentry] gets burned by the CIA and [Hansen] has to hunt him down.”

Anthony Russo added: “The movie is a real mano a mano between those two great actors who represent two different versions of the CIA, in what it can be, and what it can do. For those who were fans of Captain America: The Winter Soldier, this is us moving into that territory in more of a real-world setting. That's what this movie really means for us.”

The Russo brothers are coming off the Tom Holland-led crime drama Cherry, which released to mediocre reviews on Apple TV+ last week. That was a smaller-scale film compared to the several years they spent in the Marvel Cinematic Universe, from The Winter Soldier to Endgame. With The Gray Man, they are returning to those days. The Gray Man was originally expected to begin filming in January in Los Angeles, but it seems to have been delayed a couple of months, likely due to the ongoing COVID-19 pandemic.