Ryan Gosling and Chris Evans lead this action thriller from the directors of Avengers: Endgame. 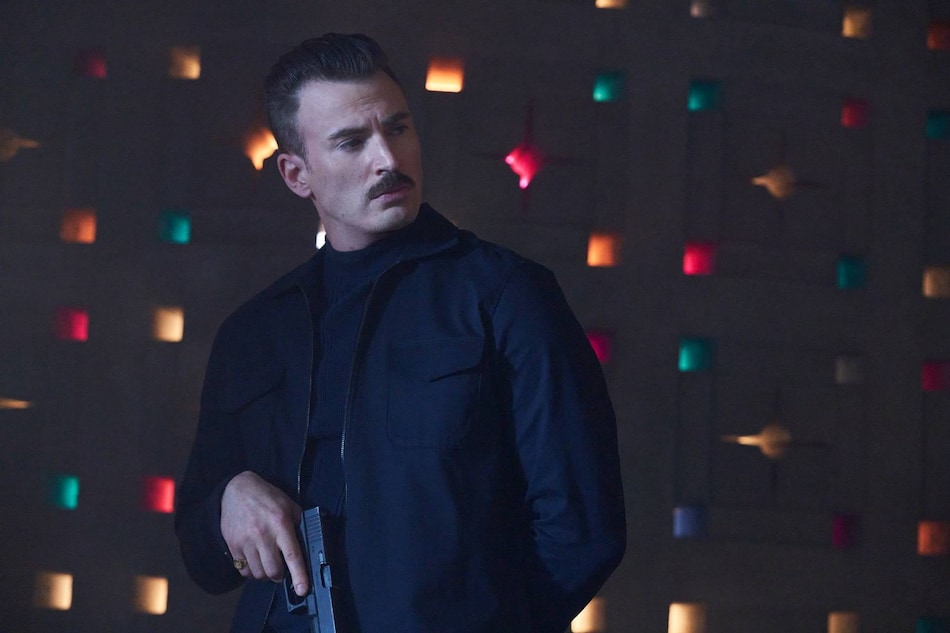 Chris Evans as Lloyd Hansen in The Gray Man

The Gray Man — out this week on Netflix — finds the Russo Brothers returning to mega-budget filmmaking after a sprawling stint in the Marvel Cinematic Universe. Since they made Avengers: Infinity War and Avengers: Endgame, Joe and Anthony Russo have been dipping their toes into experimental dramas and action flicks, first with Extraction on Netflix, and then Tom Holland-starrer Cherry on Apple TV+. The Gray Man aims to deliver a more grounded story with blockbuster action elements. Much like their previous Apple TV+ entry, The Gray Man is an adapted story, based on a 2009 book of the same name by Mark Greaney.

A motion picture adaptation for The Gray Man was initially planned in 2011, with James Gray (Ad Astra) set to direct Brad Pitt as the leading man. Talks eventually broke down in October 2015, after which the idea was brought up once more when the Russo brothers chose to direct it. The film brings together leading stars from Blade Runner 2049 — Ryan Gosling and Ana de Armas — as they go head-to-head against Chris Evans aka the former Captain America.

The Gray Man, Indian Predator, and More on Netflix in July

Another notable highlight would be the inclusion of Indian actor, Dhanush, who plays one of the main antagonists in The Gray Man. In a chat with The Crew Reviews, the author Greaney admitted to not being familiar with Dhanush's work. “It is fascinating to me that they cast an Indian actor Dhanush, whom I am not familiar with. I assume he plays one of the heads of the kill team that is after Court Gentry.”

In an interview, the Russo brothers revealed themselves to be long-time fans of Mark Greaney's writing — or more specifically the research and attention to detail. They said: “It took nine years to make this film because of our busy schedule. We were in awe of Mark Greaney's writing and the amount of research he does. We are always on a quest to develop interesting sideways to a genre. Having been inspired by the 70s thrillers that we grew up on, The Gray Man encompasses the themes of a very complex political and rebelling against the system, and we have reflected on our own fears about the world.”

With that, here's everything you need to know about The Gray Man, including release date and time, cast, trailers, reviews, and more.

The Gray Man release date and time in India

The Gray Man is currently playing in select theatres in the US, having premiered on July 15, and will soon head over to Netflix. The film is set to release on Friday, July 22 at 12:30pm IST/ 12am PT on Netflix in India and around the world.

Gosling serves as the lead actor in the upcoming Russo Brothers joint, straying from his traditional mostly-silent protagonist to play a campy action-oriented role. As Courtland Gentry, a skilled CIA operative with the code name Sierra Six, Gosling accidentally discovers dark agency secrets that set off a global manhunt by international assassins. His character comes off as cocky, with satirical, self-deprecating humour that reveals itself during moments of calm.

Evans is billed second on the list as Lloyd Hansen, a former psychopathic colleague who puts a bounty on Six's head to prevent any confidential leaks. A key feature would be his dark moustache, reminiscent of a decorated American army man, which is joked at by Gosling as a “trash stache” in The Gray Man trailer.

Shamshera to The Gray Man, the Biggest Movies in July

De Armas is seen on-screen alongside Chris Evans for the first time since 2018's Knives Out. As an unclear ally to Gosling's Gentry, Agent Dani Miranda operates outside the Sierra organisation and is deemed as a volatile asset, as lethal as Gentry. It is worth noting that Dani is a completely original character, created for the sake of this film. However, her personality traits can be seen sprinkled throughout other characters in the novel.

Regé-Jean Page — of Bridgerton fame — plays another major threat in Gentry's path in the role of Denny Carmichael, the corrupt boss of the CIA who runs the black ops division for his own benefit. In an attempt to curb any private dealing from reaching the public eyes, Denny kicks off a global manhunt and will stop at nothing. In an interview, Regé stated that much of the preparation work was mental, as Denny's portrayal was that of a manipulator. “We pretty much send Ryan and Chris to kick off each other, while we ourselves sit back and watch the chaos unfold.”

The Gray Man would be Jessica Henwick's first major movie appearance since The Matrix Resurrections. Suzzane Brewer is Denny's partner in crime, coming up with strategies to take down Gentry and setting off skilled assassins after him. Even for Henwick, much of the prep work involved talking to professionals in the field. “I almost don't have any action in this, which was amazing. For the prep, we were lucky to talk to someone from CIA, and he would answer any question I asked him, and I asked a lot,” Henwick said in a recent interview.

Many Indian households would be tuning in to see Dhanush, who makes his Hollywood debut with The Gray Man. With barely any dialogues, Avik San is one of the lead assassins after Gentry's head, and his role is mostly contained within the one fight scene we see in the trailer. When asked about working with the Russo Brothers, Dhanush said, “I felt I had a responsibility, now that the West is watching talents from India, I felt I had to deliver so that they come for more talent from here, that was the only thing I had in mind. Working with the Russo Brothers was a really simple and smooth process.”

Here's the official synopsis for The Gray Man from Netflix:

The Gray Man is CIA operative Court Gentry (Ryan Gosling), aka, Sierra Six. Plucked from a federal penitentiary and recruited by his handler, Donald Fitzroy (Billy Bob Thornton), Gentry was once a highly-skilled, Agency-sanctioned merchant of death. But now the tables have turned and Six is the target, hunted across the globe by Lloyd Hansen (Chris Evans), a former cohort at the CIA, who will stop at nothing to take him out. Agent Dani Miranda (Ana de Armas) has his back. He'll need it.

The first teaser for The Gray Man was revealed on February 3, as part of a preview reel, highlighting a key action sequence involving Ryan Gosling fist fighting atop a tram car while he gets shot at. The promotion was part of Netflix's revamped schedule, which brings new films to the platform every week.

Then, on May 24, Netflix unveiled the official trailer for the same, which touched upon the plot beats, introduced the lead characters, and the general chemistry surrounding them. We also got a deeper look into Ana de Armas' character Agent Dani Miranda, who seems to share similar interests with Gentry, despite working independently.

In June, the studio put out a short clip, featuring a scuffle between Gentry and Hansen, as tall structures crumble around them — giving rise to the jokes about Chris Evans' “trash stache.”

The production budget for The Gray Man was revealed to be $200 million (about Rs. 1,598 crore), making it the most expensive Netflix movie. The budget allowed for filming in several locations worldwide including the USA, France, Czech Republic, Azerbaijan, and Georgia. In a recent interaction, the Russo Brothers revealed that the tram car scene from the first teaser took an entire month to shoot, costing roughly $40 million (about Rs. 319 crore).

Netflix does not release box office figures, so we have to rely on trade estimates. The Gray Man released in 450 theatres across US and Canada for its limited schedule — a far cry from the Russo Brothers' Marvel affair. Per Deadline, The Gray Man grossed around $200,000 (about Rs. 1.6 crore) on opening weekend.

Early reviews for The Gray Man went live late last week, leading up to the American theatrical release. At the time of writing, the Russo brothers' film holds a 52 percent critics score on the Rotten Tomatoes aggregator website, based on 110 reviews. On Metacritic, The Gray Man has scored 50 points on average critically, based on 43 reviews.

The Gadgets 360 review of The Gray Man will be out on Friday, July 22 — the same day as the global Netflix release of the film.

The original Gray Man series has 12 books in total, giving ample content for the Russo Brothers to explore. In a chat with Empire Magazine, the duo confirmed plans to expand the movie, and possibly turn it into a franchise. “We're already thinking through where it goes from here. We like to build out worlds, and we would rather gamble on the upside and put the energy and time in to build out that universe prior to the release, so that the ideas are more germane and organic. That's how you build out a more complex mosaic narrative,” Joe said.

“The focus is to make Gray Man 2. Our appetite is voracious and the intention is always to do more than we can,” Joe added. While plans for a sequel are in the works with Gosling expected to return, a Lloyd Hansen (Chris Evans) prequel is also in the works, according to Empire, to be written by Deadpool writers Rhett Reese and Paul Wenick.

Here's the official poster for The Gray Man from Netflix: