Netflix Is Finally Available in Hindi 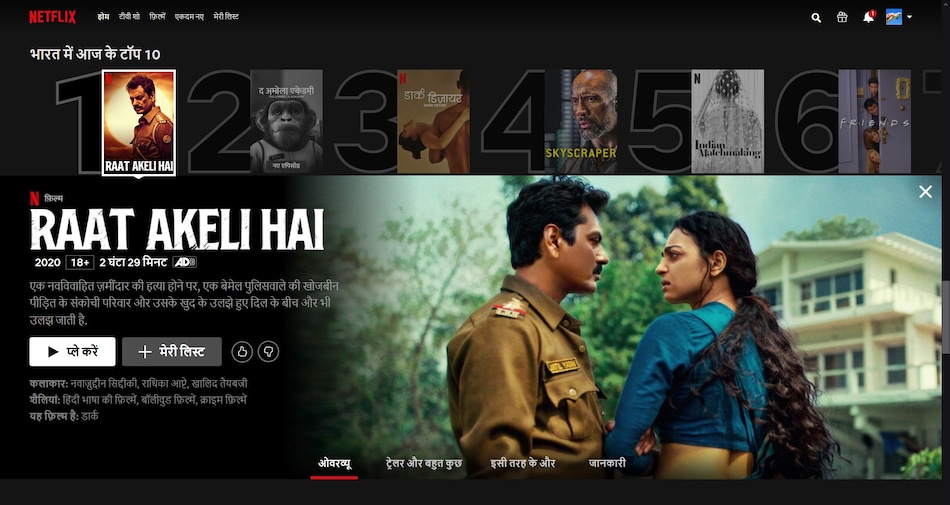 Netflix has finally introduced the first localised version of its user interface: in Hindi, over four and a half years after its launch in India. Netflix says that every part of it — including sign-up, title names, search, and payment — is now available in the Hindi language across all apps and devices, be it mobile, computers, or on TV. You can switch to Hindi under Manage Profiles > Language on the Netflix website. Language settings are profile-specific, so you don't have to worry about it affecting other members on the same Netflix account.

“Delivering a great Netflix experience is as important to us as creating great content,” Netflix India's VP of content, Monika Shergill, said in a mailed statement. “We believe the new user interface will make Netflix even more accessible and better suit members who prefer Hindi.”

It makes sense that Hindi is the first Indian language of choice given its prominence in India, and the fact that most local-language Netflix originals have been in Hindi, including the likes of Sacred Games, Delhi Crime, and Choked.

Of course, this is entirely separate from subtitles and dubbing, wherein Hindi, Tamil, and Telugu are the preferred choices. Not all originals and licensed fare is available with Indian-language subtitles or dubs, but Netflix has been pushing to increase that, which can have accidental — though avoidable — side-effects such as censorship of Hollywood movies and TV shows.