A new trailer for Obi-Wan Kenobi arrives on May the Fourth. 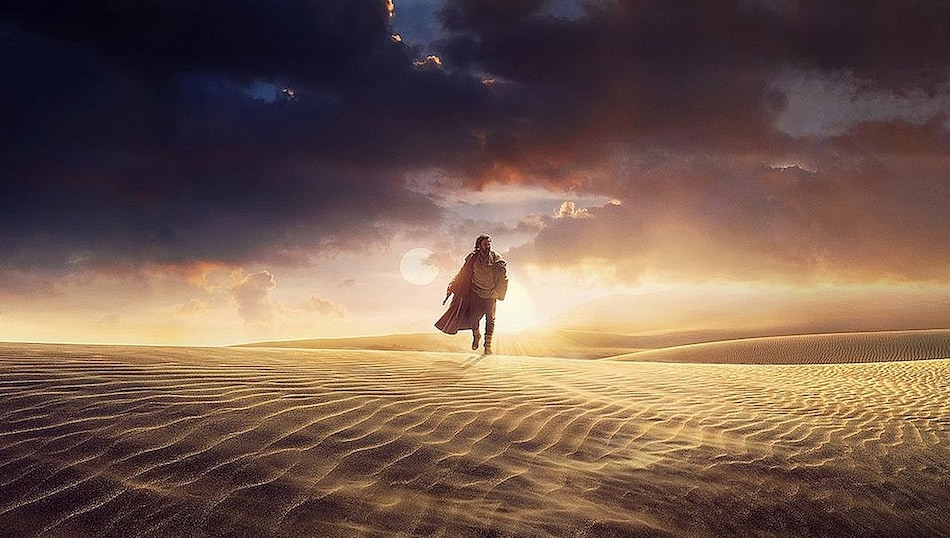 The first poster for Obi-Wan Kenobi was revealed in February

Obi-Wan Kenobi — the upcoming Star Wars live action series from Disney and Lucasfilm — is set to reveal a new trailer on Wednesday, ahead of the May 27 release date. Disney posted a teaser for the upcoming trailer, which is expected to be revealed later today. The trailer will be released in time for May the Fourth — also known as Star Wars Day. The first two episodes of Obi-Wan Kenobi will be available on May 27, on Disney+ and Disney+ Hotstar.

Disney took to Twitter earlier today to share a ten-second teaser for the upcoming trailer with a brief look at titular character Ewan McGregor (Moulin Rouge!, Trainspotting), followed by the words “new trailer today”. The last trailer shared by Disney showed McGregor, who plays the titular character in the series, on Tatooine. The second trailer may give Star Wars fans a good look at Anakin Skywalker/ Darth Vader, played by Hayden Christensen (Jumper, Star Wars: Episode III - Revenge of the Sith) who briefly appeared in the previous trailer.

The previous trailer for Obi-Wan Kenobi that was released in March gave us our first look at the Grand Inquisitor and the Inquisitors, who are on the hunt for Jedi. The trailer also included a brief look at an Imperial stronghold that could be the infamous Fortress Inquisitorius, from the game Star Wars Jedi: The Fallen Order.

While the previous trailer didn't give us a good look at Christensen, who previously stated that Vader would be very powerful in the upcoming series, it showed two important Imperial characters — The Grand Inquisitor, played by Rupert Friend (The Death of Stalin, Pride and Prejudice) and Reva, played by Moses Ingram (The Queen's Gambit, The Tragedy of Macbeth). The series is set a decade after the events of Star Wars: Revenge of the Sith, when Anakin Skywalker turns to the dark side.

Obi-Wan Kenobi premieres in India on May 27 on Disney+ Hotstar in English, Hindi, Tamil, Telugu, and Malayalam.