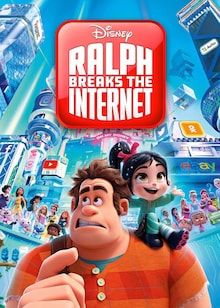 About Ralph Breaks the Internet Movie (2018)

Ralph (John C. Reilly) and Vanellope (Sarah Silverman) are now best friends and have been living together in the Litwak’s Family Fun Center and Arcade for six years.

While Ralph is happy with the simple joys of life and monotony, Vanellope is bored and is on a hunt for something exciting. While trying to liven things up in the Sugar Rush video game, she accidentally breaks the steering wheel — putting the lives of its residents in danger.

Hope rises in the form of newly launched Wi-Fi in the arcade. The duo now just need to buy a wheel for the game from a site called eBay to save the day. Ralph and Vanellope are about to enter a whole new world: the Internet.

The animated comedy is a sequel to Disney’s 2012 film, Wreck it Ralph. 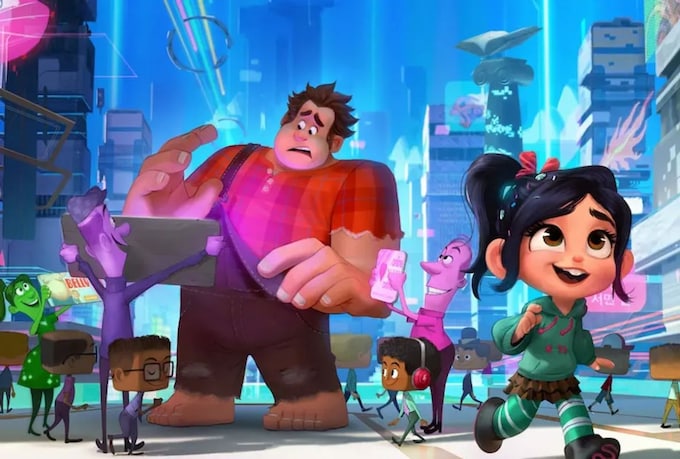 2012's Wreck-It Ralph was a love letter to video gaming, especially arcades, and played within that animated sandbox as it told a story of the titular video game bad guy (John C. Reilly) discovering a new perspective on life with the help of his new friend Vanellope von Schweetz (Sarah Silverman), a misfit looking for her place in the world. Its sequel, Ralph Breaks the Internet, finds itself in a much bigger playground as referenced by its title, one that also works as a plot hint and a nod to a running meme. The limitless potential of the Internet naturally allows for all sorts of gags — the trailers have hinted at a bunch of them, including the much talked-about one with all the Disney princesses — but it widens up the scope to such an extent that it's easy for filmmakers to get lost in it.