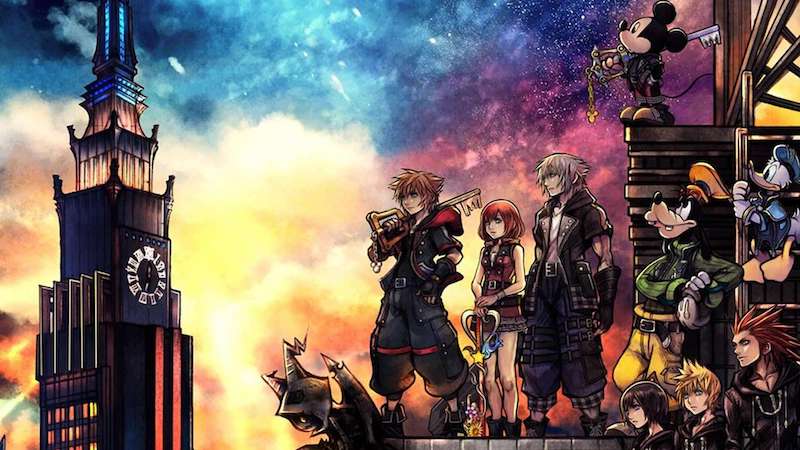 Kingdom Hearts 3 will get DLC, but not as much as Final Fantasy XV

Kingdom Hearts 3 for PS4 and Xbox One has shipped five million units worldwide publisher Square Enix announced in a prepared statement. The company also stated it's the fastest-selling game in the franchise's history. Despite the '3' in the name, it's actually the twelfth entry in the long-running series and Square Enix claims that Kingdom Hearts as a whole has shipped over 25 million units since its inception in 2002. Not too bad when you consider that Kingdom Hearts 3 is near impossible to comprehend for anyone who hasn't played every single title prior.

As for what's next, Kingdom Hearts 3 Director Tetsuya Nomura isn't interested in making downloadable content (DLC) for the game for a long period of time. Instead, he wants to prioritise what's next for the series. For Kingdom Hearts 3, Nomura and his team are considering a single large paid DLC and smaller free content. This was revealed in an interview with Famitsu. It's a welcome approach after Final Fantasy XV's onslaught of DLC that pretty much made it pointless to play that game at launch due to story additions.

Kingdom Hearts 3 publisher Square Enix has suggested it would decide against physical editions of its upcoming games. Or at least those involving Kingdom Hearts creator Tetsuya Nomura. The developer commented on the game's leaks, some of which occurred almost six weeks before it was slated to hit the shelves. For Nomura, it appears that the best way forward, would be to punish entire regions to prevent any leaks of his games and appears like an excuse to eradicate physical media in any form.