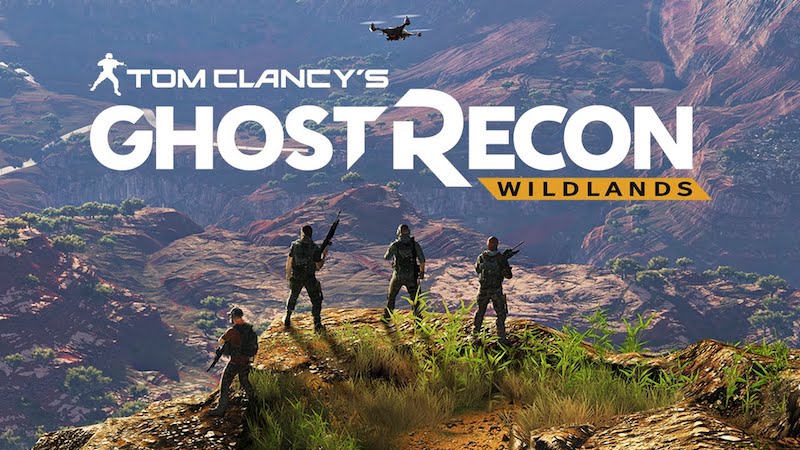 In our impressions of the Ghost Recon Wildlands beta, we noted that the only commonality between the game and the rest of the franchise its a part of is the name itself. After playing through the full version of the game, we've come to realise that may not be such a bad thing after all.

As we noted earlier, all of Ghost Recon Wildlands takes place in an open-world. This is no surprise since open-world games appear to be most of publisher Ubisoft's output this generation, ranging from the virus-ridden streets of New York in The Division, to the Alps in winter sports-themed Steep. In the case of Ghost Recon Wildlands, Bolivia is your playground for destruction and you're part of an elite unit of soldiers tasked with cleaning up this now narco-state.

It's here that you and upto three other friends (or friendly AI), are pitted against the Santa Blanca — a drug cartel that for all practical purposes runs Bolivia. As a part of an elite group of soldiers, its up to you to dismantle it and put an end to its boss, El Sueno.

The overall structure of Ghost Recon Wildlands has you tasked with killing the heads of four sections of the Santa Blanca — Security, Production, Influence, and Smuggling. Before you can get to them, you have to deal with bosses. Each of them run a specific province in Bolivia.

When you're done with all of the bosses that belong to a single division, you can tackle the head of that specific department. You can go about it systematically, say carving out the Security arm of Santa Blanca, before moving on to another, or simply have a go at random. When you've put an end to two of the four units, you can take on El Sueno, if you so choose.

On paper it sounds like a terrible grind, and it could be, if you follow your AI squadmates' chatter, which seems to be rooted in taking a stealthy approach. Disregarding them, or playing with friends and making your own trails is the best way forward, considering the sheer havoc you can wreak with everything at your disposal.

The opening few Ghost Recon Wildlands missions aren't too dissimilar to the beta. You'll make contact with the Kataris 26 — a local rebel outfit waging guerrilla warfare against the Santa Blanca and put an end to the horrifically well-realised duo of La Yuri and El Polito — a nurse and doctor couple that tortures enemies of El Sueno. There's a bit of tedium involved at this juncture since its here that the game tutorialises certain aspects such as how to approach main missions, do side-quests, and the like.

Why Ghost Recon Wildlands Is Ubisoft's Most Ambitious Game Yet

Once you're done with the initial handholding the game really comes into its own. There's an unprecedented amount of freedom at your disposal. And while a number of titles promise this only to fall short, Ghost Recon Wildlands lives up to it.

One mission had us infiltrating the palatial mansion of a local drug lord. The first time around, we sabotaged every means of transport from helicopters to cars that were on the premises, found his location in a basement with the use of a drone, and quickly ended him. This was a rather pragmatic, systematic method to a solution .

The second time around we found a more explosive way — we called in a mortar strike on the swimming pool which was in the middle of the estate. This explosive diversion saw all the guards converge to the centre, letting us get to the target with ease. A motorcycle chase ensued through a dark tunnel, ending up at a village where a prolonged gunfight saw the end of our foe.

If neither explosions nor subterfuge are your style, you can quietly sneak around as well. Thanks to the flexibility in approach, you never feel pushed to choose one option over another in Ghost Recon Wildlands. It makes each mission fresh and entertaining. A necessity since for most of the game you'll be interrogating enemies, infiltrating bases for intel, rescuing and escorting allies before you can get to El Sueno.

This is further helped by driving that has been tremendously improved since the Ghost Recon Wildlands beta, as has its gunplay. Every action feels responsive and there's no clunkiness to contend with. So much so that bringing a minivan to a gunfight and crashing it into your enemies is a valid strategy.

Along the way you'll unlock a number of skills. From being able to carry more ammo to extending the battery life of your drone, there's a lot of them to earn. You get skill points for completing missions, but you'll also need supplies — which you can find by completing side-quests or by tagging specific items in the environment such as gas cylinders for the rebels to collect.

If you're hellbent in earning every possible skill and perk, you could complete everything Ghost Recon Wildlands has to offer, but in terms of pure character progression, you never feel locked out of a specific ability in part thanks to supplies being liberally strewn across the game world. The most crucial ones, such as obtaining a parachute — to let you jump out of the many helicopters safely, are available from the outset. Weapons can be upgraded as well in terms of damage, accuracy, handling, range, rate of fire, noise reduction, and penetration. You can also change how the weapons look with a paint job that tends to deteriorate over time, a nice touch.

What's also heartening is the way Ghost Recon Wildlands can be played. You can take on all Bolivia has to offer solo, wherein you're backed up by three surprisingly competent AI companions or with three friends who can join in at any time. In our experience, the latter makes the game extremely easy, though a mic to coordinate attack plans is a necessity. The net code held up well and finding players wasn't hard. Hopefully this is the case when the game launches as well. Unlike Steep, and For Honor, which forced you to be online, Ghost Recon Wildlands can be played offline in its entirety as we discovered, which is how it should be.

Although Ghost Recon Wildlands sports enjoyable moment to moment gameplay, it isn't without its bugs. A failed prison rescue attempt was the result of the enemy launching a mortar on its own captives, which made absolutely no sense. One mission retry was caused by friendly rebel forces that stood us up when we got to a rendezvous point. And yet another due to a story critical character refusing to get into our car as we tried to escape a firefight. Its not as polished as an experience as it could be and this is after the Ghost Recon Wildlands day one patch.

In terms of narrative, there's a lot of it, if you're so inclined. Each boss has a fantastic backstory that rewards exploration. Be it audiologs or videos that explain the origins of an emotionally underdeveloped disposer of human corpses to the twisted mindset of a one-time beauty queen now cartel chief, they're well done. They offset the lack of player character story, so if you were expecting a detailed, elaborate explanation of who you play as, you won't get much of that here. All of the focus is on who you're up against. Not that big of a problem since most of it is solid.

And that's an apt summary of Ghost Recon Wildlands as well - it's a solid effort from Ubisoft. There's something for everyone and while it rarely excels at all of them, it manages to be a surprisingly engaging game. The overarching structure is overwrought and its fiction is one-sided but that means little when you're crashing helicopters into unsuspecting cartel outposts while your friends detonate copious amounts of explosives.