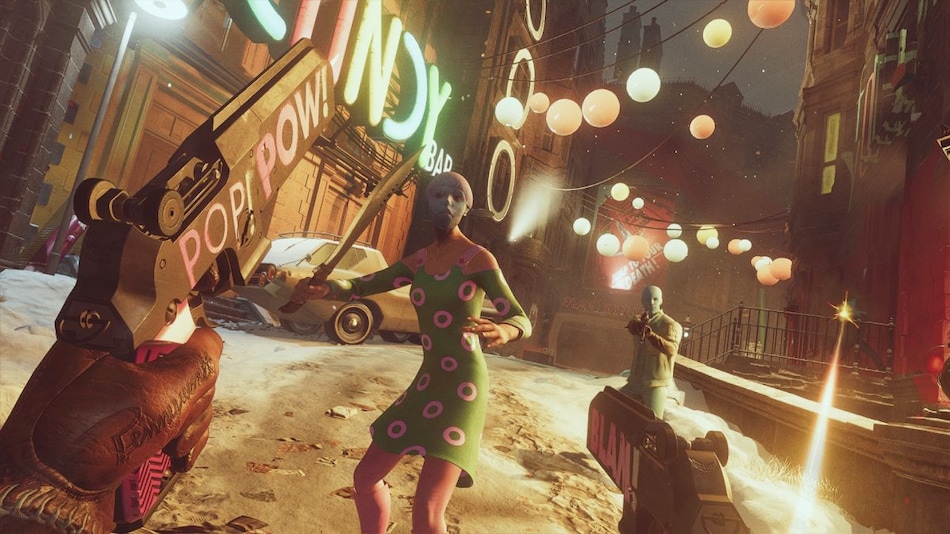 Deathloop, Death Stranding Director's Cut, Diablo II: Resurrected, and more are releasing this September 2021. It promises to be a busy month for gamers with some much-awaited titles waiting to break cover alongside some brand-new offerings. You can choose to step into the shoes of a superpowered assassin stuck in a Groundhog Day-esque time loop in Deathloop, out September 14. If you wish to take a trip down the memory lane, you can check out a ‘resurrected' version of Diablo II, out September 23. Hideo Kojima fans can dive back into the world of Death Stranding with a revamped Directors Cut, out September 24. Meanwhile, fans of platformers such as Fe can explore fantastical worlds in titles such as Lost in Random and Kena: Bridge of Spirits.

From next-gen consoles to macOS users, there's something in store for everybody.

While titles such as The Medium and Ghostrunner are set to release on next-gen consoles (on September 3 and September 28, respectively), we've only handpicked brand-new games that will be released this month.

If you have played any of the games in the Life Is Strange series and enjoyed them, you may not want to miss the latest chapter in the emotionally driven adventure series. Even if you haven't played any of the previous instalments, fret not as Life Is Strange: True Colors brings a whole new story with a fresh protagonist in Alex Chen. Chen has the power to feel or experience the emotions of others around her, which she must use to find out how her brother really died. Life Is Strange games have always been driven by conversation-based gameplay and heart-rending storylines. By the looks of the trailer, True Colors doesn't appear to be a shade different.

From the studio that brought the brilliant platformer Fe, Lost in Random is yet another surreal adventure from Sweden-based Zoink. This EA Originals title will have you step into the shoes of Even, who must traverse through the Kingdom of Random to find her abducted sister, Odd. On her journey, Even will come across Dicey, a sentient and adorable dice who will show her that despite all rules, life is truly understood through its randomness.

It's that time of the year again. 2K Games is set to bring its latest version of annual basketball simulator — NBA 2K22 — in September as usual. While WNBA was introduced last year, NBA 2K22 promises to build up on the exciting format with elements such as off-day experience, new player progression badges, and more. Oh, and Chicago Sky star Candace Parker is featured as the first female cover athlete for the series. As is the case with each edition, you can expect several minute changes in gameplay and presentation.

From the venerated house of Bandai Namco that brought some of the most iconic games all time — from Tekken to Dark Souls — comes a brand-new action RPG that will chronicle the tumultuous battle between the worlds of Dahna and Rena. Your adventure will revolve around Alphen, a native of Dahna, and Shionne, a native of Rena, who embark on a fantastical journey together. The combat promises to be fast paced, staying true to the Linear Motion Battle System seen in its spiritual predecessors: Tales of Zestiria and Tales of Berseria.

If you loved the fast-paced superpowered stealth action of Dishonored games (Dishonored 2 Review), we can't think of a reason why you may not like Arkane Studios' next big title — Deathloop.

The story revolves around Colt, an assassin who needs to break out of a time loop by taking out eight targets across an island before midnight. Every time you die, you start from square one. Every time a day gets over before killing all the targets, you start again from square one. However, Colt will remember everything from previous loops, to help take advantage of patterns and behaviours of enemies in every fresh run. Colt must find the right balance between using stealth to the fullest and make good use of his Dishonored-like powers to crack the game. Colt would also need to be wary of Julianna, a time agent who can pop up anywhere, anytime and will stop at nothing to take out Colt.

Although the game is only releasing on the PS5 and PC for now, Xbox users are expected to get a chance play Deathloop in September 2022, when the PS5-exclusivity ends.

More stealth coming your way in the form of Aragami 2, a sequel to 2016's action-adventure title that revolves around the eponymous assassin with supernatural powers. The co-op title lets you play in groups of three where you must “master the shadows” and find the right balance with your teammates to help achieve objectives. The first Aragami was known for its swift gameplay and cool stealth-based superpowers. Judging by the gameplay trailer, Aragami 2 doesn't appear to be any different.

Promising to showcase the next-gen muscles of PS5, Kena: Bridge of Spirits is a third-person action-adventure that revolves around Kena, a spirit guide. She uses her magical abilities to assist the dead to travel from the physical to the spirit world. During her own journey, Kena will come across adorable minion-like creatures called the Rot, who can help her complete goals and defeat enemies. The trailer looks stunning and promises a fresh gameplay experience.

This is the age of remasters. From Age of Empires to Mass Effect, it appears every game that we grew up with is getting a remastered version for current and next-gen platforms.

While that might not appeal to some, it may be intriguing to pick up a childhood favourite and re-experience it in reimagined graphics and gameplay. Diablo II: Resurrected doesn't appear to change much of the original gameplay — after all, if it ain't broke, don't fix it — with the added glitz of modern-day graphics and network functions. It could be fun to revisit this classic action RPG, over two decades since its first unveiling.

No combat. No linear narrative. Sable promises to be a unique open world explorer that revolves around the eponymous protagonist who must find a ritualistic mask in order to return to her clan. The game will feature a lot of puzzles, and even more open world exploration segments where you must navigate through ruins and sand dunes.

When Hideo Kojima first released Death Stranding as a PS4-exclusive a couple years ago, fans of the iconic game director were heavily polarised. While some found the game nothing more than a glorified walking simulator, others claimed that the game's unique gameplay and gripping story made it one of Kojima's best.

Now, PS5 owners can get a majorly overhauled version of the game that not only introduces new elements such as changes in main story, but also adds brand new gameplay features such as racing (we kid you not) and fresh weapons. It also promises to make the game's exploration less tedious and the added allure of PS5's next-gen graphical prowess. If the preview trailer is anything to go by, Death Stranding Director's Cut appears to be a whole new game and not just a re-release with next-gen upgrades.

A spiritual spin-off of Yakuza games, this JRPG will chronicle the adventures of private detective Takayuki Yagami who will find his way through the streets and mysteries of Yokohama and Kamurocho cities to investigate a criminal accused of murder. The console-exclusive promises a fair balance between signature JRPG action sequences and stealth-based gameplay.

When: September 28
Where: PC

Seemingly a truly fresh MMORPG. Developed by Amazon Games, New World has seen its fair share of delays since it was first announced way back in 2016. Finally seeing the light of day, New World will see players come online to explore and conquer a 17th-century world modelled after the Americas.

There's also a massive 50 vs 50 battle mode called War that hold promises of standing up to classic titles such as Guild Wars 2 or World of Warcraft. New World is a buy-to-play title and hence won't need a monthly subscription fee.

FIFA contender Pro Evolution Soccer, or PES, was announced in July to be overhauled into a free-to-play title, simply known as eFootball. This came a few years after Konami's annual football simulation release carried the title of eFootball PES. The new eFootball will offer cross-platform play and promises to bring notable alterations to its tried-and-tested gameplay. As of now, the initial release will only comprise nine teams and six stadiums, apart from cross-generation console support. Later in autumn, eFootball will receive its first major update, that will bring cross-platform support, a team building mode, and a match pass system, among others. eFootball drops only a day before FIFA 22 is set to break cover on October 1.

Years before Fast & Furious began sending cars into space, we broke the laws of physics daily (in our imagination) with brightly coloured diecast vehicles simply known as Hot Wheels. Developed by Milestone, Hot Wheels Unleashed brings the same madness straight from our childhood on our screens. Not only do you get crazy tracks to conquer, but you also get to (virtually) collect some of the most iconic Hot Wheels models ever made. Each car comes with its own powers, and you can customise your Hot Wheels as well.

Do you think we've missed out any worthy titles? Let us know on our dedicated Gaming Forum.

How Razorpay Achieved 40-45 Percent Monthly Growth in COVID-Hit 2020
Electric Vehicle Charging Network in Britain to Be Vastly Expanded by Shell, Will Install 50,000 Posts by 2025