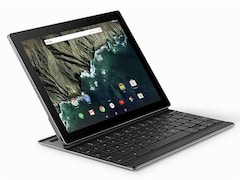 Google Pixel C tablet was launched in September 2015. The tablet comes with a 10.20-inch display offering a resolution of 1800x2560 pixels at a pixel density of 308 pixels per inch (ppi). Google Pixel C is powered by an octa-core Nvidia Tegra X1 processor. It comes with 3GB of RAM.