Google Looking to Future After 20 Years of Search 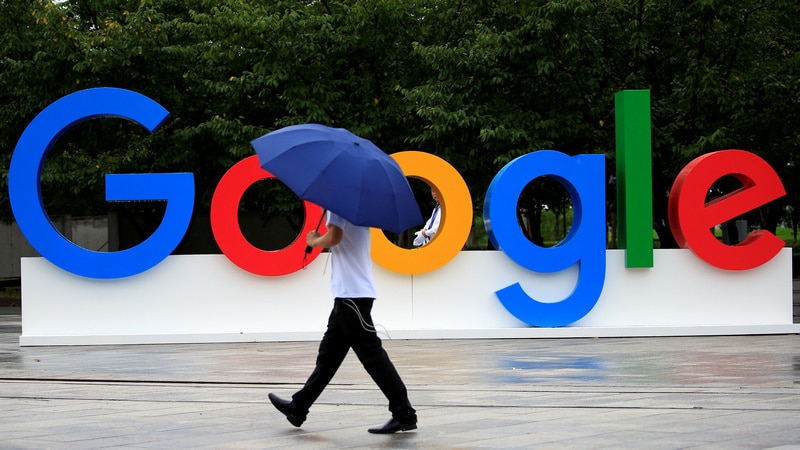 Google celebrated its 20th birthday on Monday, marking two decades in which it has grown from simply a better way to explore the Internet to a search engine so woven into daily life its name has become a verb.

The company was set to mark its 20th anniversary with an event in San Francisco devoted to the future of online search, promising a few surprise announcements.

Starting the engine
Larry Page and Sergey Brin were students at Stanford University - known for its location near Silicon Valley - when they came up with a way to efficiently index and search the Internet.

The duo went beyond simply counting the number of times keywords were used, developing software that took into account factors such as relationships between web pages to help determine where they should rank in search results.

Google was launched in September 1998 in a garage rented in the Northern California city of Menlo Park. The name is a play on the mathematical term "googol," which refers to the number 1 followed by 100 zeros.

Google reportedly ran for a while on computer servers at Stanford, where a version of the search had been tested.

And Silicon Valley legend has it that Brin and Page offered to sell the company early on for a million dollars or so, but no deal came together.

Google later moved its headquarters to Mountain View, where it remains.

Its early code of conduct included a now-legendary "don't be evil" clause. Its stated mission is to make the world's information available to anyone.

The company hit a revenue mother lode with tools that target online ads based on what users reveal and let marketers pay only if people clicked on links in advertising.

Maps and more
It has now launched an array of offerings including Maps, Gmail, the Chrome Internet browser, and an Android mobile device operating system that is free to smartphone or tablet makers.

Google also makes premium Pixel smartphones to showcase Android, which dominates the market with handsets made by an array of manufacturers.

Meanwhile, it bought the 18-month-old YouTube video sharing platform in 2006 in a deal valued at $1.65 billion - which seemed astronomical at the time but has proven shrewd as entertainment moved online.

Some of those have evolved into companies, such as the Waymo self-driving car unit. But Google has also seen failures, such as much-maligned Google Glass eyewear.

Google is also now a major player in artificial intelligence, its digital assistant infused into smart speakers and more. Its AI rivals include Amazon, Apple, and Microsoft.

Privacy concerns
Despite efforts to diversify its business, Alphabet - which has over 80,000 employees worldwide - still makes most of its money from online ads. Industry tracker eMarketer forecast that Google and Facebook together will capture 57.7 percent US digital ad revenue this year.

In the second quarter of 2018, Google reported profit of $3.2 billion despite a fine of $5.1 billion (EUR 4.34 billion) imposed by the European Union.

Google's rise put it in the crosshairs of regulators, especially in Europe, due to concerns it may be abusing its domination of online search and advertising as well as smartphone operating software.

There have been worries that Alphabet is more interested in making money from people's data than it is in safeguarding their privacy.

Google has also been accused of syphoning money and readers away from mainstream news organisations by providing stories in online search results, where it can cash in on ads.

It is among the tech companies being called upon to better guard against the spread of misinformation - and has also been a target of US President Donald Trump, who added his voice to a chorus of Republicans who contend conservative viewpoints are downplayed in search results.