How to Watch Cricket World Cup 2015 Live on Your PC, Smartphone, or Tablet 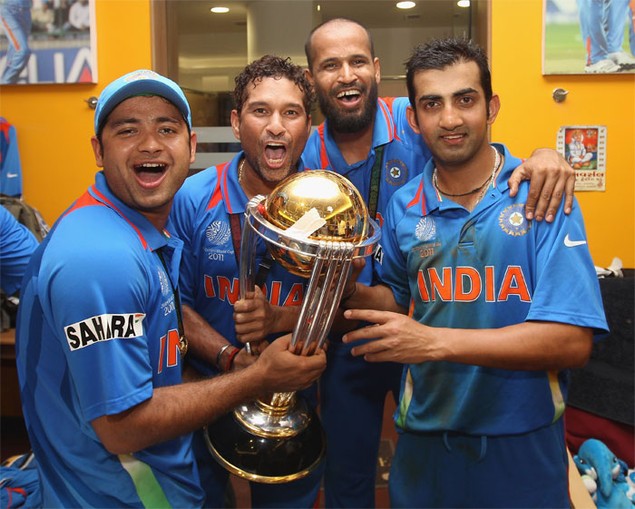 India and South Africa match at the 2015 Cricket World Cup has kicked off, and the men in blue will be hoping it's time for a reversal in fortunes against the Proteas.

MS Dhoni and his men are batting first and they will be up against the fact India have never beaten South Africa in the ICC Cricket World Cup. You can use social media or apps to track the latest updates from the match, but there's nothing like watching live video. Most will be spending the Sunday in front of their television sets at home watching the big match live, but if you're stuck in office or just don't have a TV, you can still watch India vs South Africa and other Cricket World Cup games live online.

Star Sports has the broadcast rights for the World Cup, and its website and apps have live streaming as well. Whether you're a fan in India or around the world though, we've got you covered.

Read on to see how you can watch the 2015 Cricket World Cup matches live, from around the world.

You will see details of the subscription. You can watch 53 ODIs live online for Rs. 120. This is valid only on starsports.com and not on any of its apps. You can watch games through a Web browser on any device.

3. Once you've done that, you can watch games live by going to the Star Sports website and clicking Login on the top-right.

This subscription is valid in India only, though the website offers different packages in other selected regions. According to Star Sports, live streaming will be available on startsports.com in territories that do not have a television broadcast of the ICC World Cup 2015. In other countries, the digital channels of official broadcasters will carry the streams (see below).

(Also see: How Star Sports Is Bringing the Cricket World Cup to Your Living Room)

Watch India vs South Africa for free
Download the Star Sports app for Android or iOS. The app is offering free video stream of the World Cup 2015 matches that's delayed by a few minutes - a small tradeoff for something that's high quality, legal, and free. Star's Hotstar app for Android and iOS is also offering a similar feature.

Tata Sky Everywhere TV
If you are a Tata Sky subscriber, you can use its iOS and Android apps to watch Star Sports on your phone. You need to pay Rs. 60 per month to be able to watch all channels you've subscribed to online, and there's no extra charge for Star's channels.

Outside India
Star Sports' apps have an FAQ section which states that live feed for the World Cup is available for several countries other than India (see image below). So you can try downloading the app and watch matches live available online. You may have to purchase a subscription as described above. This covers most non-cricketing nations, along with countries in the Indian subcontinent except Pakistan. 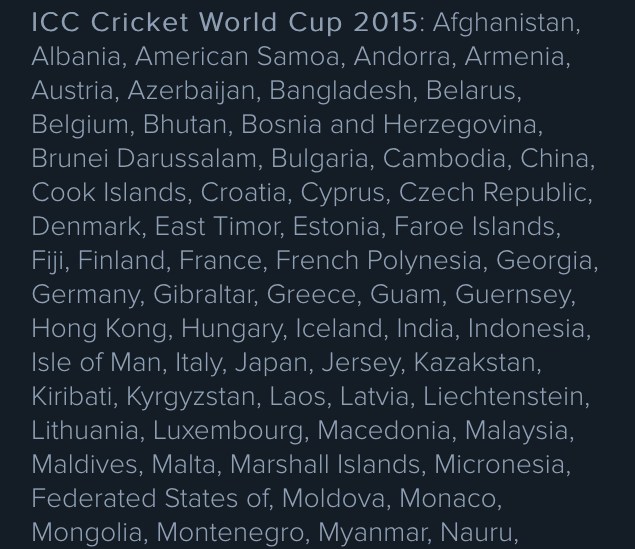 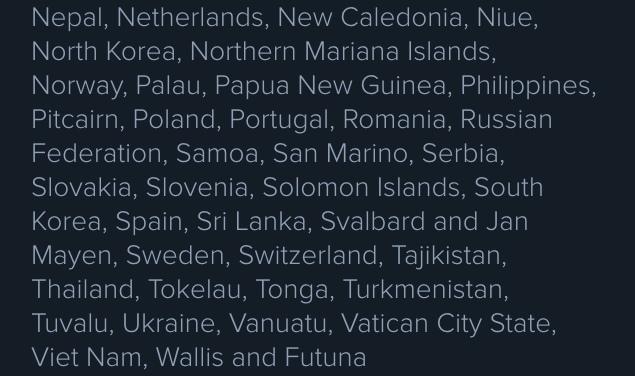 USA
If you are based in the US, you can buy an online subscription to watch ICC Cricket World Cup 2015 from ESPN. This pass costs $99.99 and is available here.

Australia
Fox Sports network has the broadcast rights for live coverage of the ICC Cricket World Cup 2015 in India. To watch it live online you need a Foxtel Play subscription; more details available on the Fox website.

South Africa
SuperSport will live stream all Cricket World Cup 2015 matches online, but you need to be an existing TV subscriber to be able to watch these games. Live stream available here.

(Also see: Play Your Way Own Through the 2015 Cricket World Cup With These Great Games)

New Zealand
Sky Sport 3 is going to be broadcasting all the Cricket World Cup 2015 matches. You can watch it live online here. You need a Sky Go subscription for this, which you can purchase here.

If you are in any other country, try your luck at Star Sports or check out the list of official World Cup 2015 broadcasters available on ICC's website. You can contact the broadcaster in your region for more details.

Do you know of any other official methods to watch the ICC Cricket World Cup 2015 online? Let us know via the comments.