Alongside more Snowdrop, Moon Knight, and the return of MasterChef Australia. 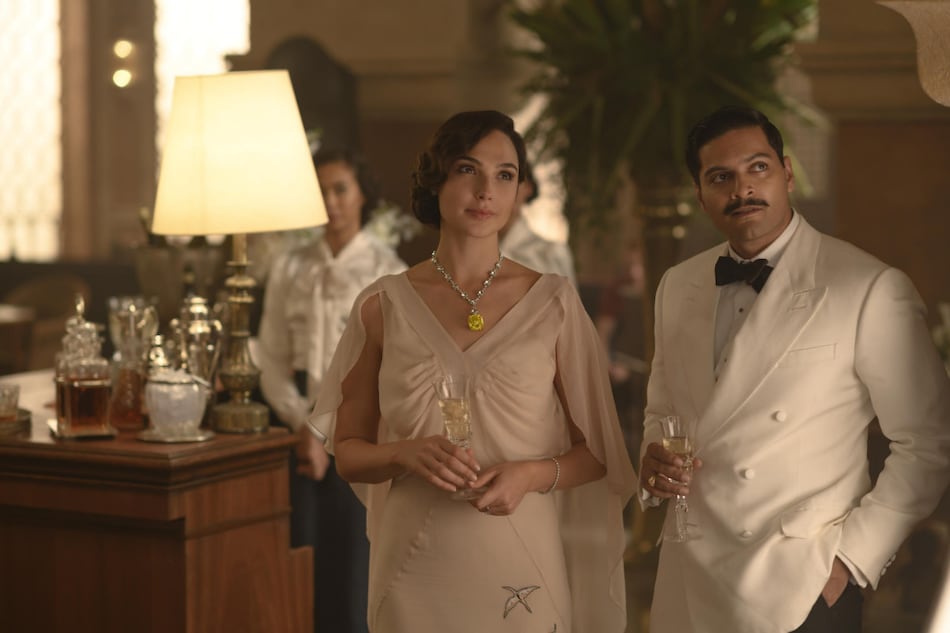 Gal Gadot, Ali Fazal in Death on the Nile

Disney+ Hotstar has announced a list of 33 titles that will be released on its platform in April 2022. We've already known about some of them, including the Shreyas Talpade-led Hindi-language sports biopic Kaun Pravin Tambe? that released April 1. On April 8, Disney+ Hotstar will unveil a new Tamil-language police training camp drama in Taanakkaran, with Vikram Prabhu, Lal, and Anjali Nair leading the cast. There will also be a Tami-language series in April, with coming-of-age Kanaa Kaanum Kaalangal returning to school with a second season — only on Disney+ Hotstar. And we will also get a prequel to Rupali Ganguly's Anupamaa which brings back the original cast, with Sarita Joshi joining in a pivotal role. Anupamaa: Namaste America launches April 25 on Disney+ Hotstar.

Gullak 3 to Dasvi: The 40 Biggest OTT Movies and Web Series in April

Amongst returning shows on Disney+ Hotstar, the new Oscar Isaac-led Marvel series Moon Knight is the biggest draw, with new episodes throughout the month on Wednesdays — in English, Hindi, Tamil, Telugu, and Malayalam. Other major names include the Korean romantic drama Snowdrop, the sixth and final season of heartwarming This Is Us, the sixth season of Billions with Corey Stoll taking over from Damian Lewis, the ninth season of the news satire talk show Last Week Tonight with John Oliver, the eighteenth season of medical drama Grey's Anatomy, the thirty-third season of the animated sitcom The Simpsons, and the miniseries based on Theranos' embattled founder-CEO Elizabeth Holmes, The Dropout.

Rueby Wood as Nate in Better Nate Than Ever
Photo Credit: David Lee/Disney

If it's new movies you are looking for, Better Nate Than Ever — out April 1 — serves up a 13-year-old who escapes to New York City with Broadway dreams and gets help from his aunt (Lisa Kudrow). And in the suspense thriller No Exit, a young woman stranded by a blizzard tries to figure out the kidnapper after stumbling across an abducted girl in the parking lot. No Exit releases April 15 on Disney+ Hotstar.

Several movies are also making their streaming premiere in April 2022. Guillermo del Toro's neo-noir psychological thriller remake and Oscar Best Picture nominee Nightmare Alley is out now — available April 1 — on Disney+ Hotstar. A week later on April 8, we will get the Kingsman World War I prequel The King's Man, starring the likes of Ralph Fiennes, Gemma Arterton, Rhys Ifans, Daniel Brühl, Djimon Hounsou, and Charles Dance. And then a week on from that on April 15, Kenneth Branagh's second Hercule Poirot movie Death on the Nile — which also stars Gal Gadot and Ali Fazal — rolls onto Disney+ Hotstar in India.

Disney+ Hotstar will also offer a bunch of nature documentaries thanks to Earth Day on April 22. Explorer: The Last Tepui, elite free climber Alex Honnold (Free Solo) attempts to ascend a 1,000-foot sheer cliff with a climbing team. Catherine Keener narrates Polar Bear, the story of a new mother who navigates motherhood in an ever-challenging world for polar bears. The documentary will be accompanied by a behind-the-scenes docu Bear Witness, where you can see the journey of the filmmakers. And with The Biggest Little Farm: The Return, Nat Geo goes back to farmers John and Molly Chester whose work was previously made into a 2018 award-winning docu. This one looks at how they've transformed their farm over 10 years.

And in what is not an Earth Day launch, intimate instructional documentary series Sketchbook — out April 27 on Disney+ Hotstar — takes us onto the desks and into the lives of talented artists and animators.

Those who enjoy the world of Ice Age can return to it April 13 with Ice Age: Scrat Tales, a series of six animated shorts featuring the titular hapless sabre-toothed squirrel as he navigates fatherhood with Baby Scrat.

As always, there's a lot of sports on Disney+ Hotstar in April 2022 as well. The 2022 edition of the biggest Twenty20 cricket tournament Indian Premier League (IPL) continues through the month. Commentary is available in 8 languages: English, Hindi, Tamil, Telugu, Kannada, Bangla, Malayalam, and Marathi. On April 3, Australia will play England in the 2022 ICC Women's Cricket World Cup Final in the New Zealand capital. Meanwhile, Bangladesh's tour of South Africa concludes with a two-test series that kicked off April 1.

Beyond cricket, matches from the most popular domestic football league Premier League will air across April on Disney+ Hotstar. Both the Men's and Women's field hockey editions of the 2022 FIH Pro League also run through the month. And lastly, Formula 1 heads to Australia for its third Grand Prix of the 2022 season on April 10, while Formula E is due in Rome April 9, also for its third “ePrix” of the season.

April 15
Death on the Nile
No Exit

Better Nate Than Ever

Death on the Nile