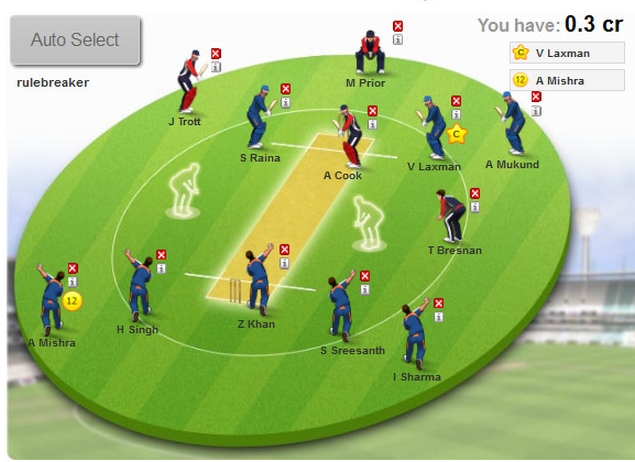 Fantasy leagues have long been a staple in the West but over the last few years, they've started to appear here in India as well. One of the oldest and best known sites in this space is Dream 11, which launched in 2009. The company was founded by Harsh Jain, who also co-founded Red Digital, a digital media agency.

The idea is simple - you create a "dream team" of your favourite cricketers, and so do your friends. Performance by the individual players in specific tournaments like the cricket World Cup 2015 is worth a certain number of points, and whichever person has the most points at the end of the league is the winner.

Before Dream 11, there was ESPN Super Selector, which was launched in 2001 - reportedly, over 500,000 people made their fantasy lineups during the 2003 world cup in South Africa, and many other cricket-focused sites also launched their own fantasy leagues soon afterwards. Dream 11 was created when Super Selector fizzled out and in 2012, the site moved to a freemium model - users could sign up and create teams for free, but winning cash prizes required them to pay cash to enter the league tables. This is the model that most sites are now following.

How does it work?

The concept of a fantasy league is simple. You start with a budget, which will vary across sites. On Dream 11, for example, you start with a budget of 100 points, and the cricketers from all teams participating in the ICC cricket World Cup 2015 are all assigned points of value based on their performance so far. You have to spend your 100 points to create a team of 11, with substitutes, so that you can take part in a league. 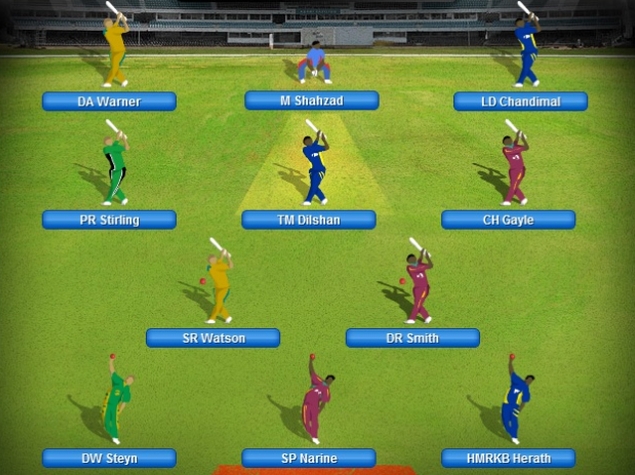 As the cricket World Cup 2015 matches progress, the performance of the individual cricketers in your dream team will win you points. So for example, if the player you selected is in the starting 11 of the match, that could be worth a couple of points. Runs scored, could get a few points, while bowling someone out is worth more (since there are fewer wickets to get than a batman should score runs). Boundaries and sixes can be worth bonus points, and then the numbers game becomes frankly fanatical, as every statistic, such as run rate, bowler's economy, maiden overs all add points - exact weightage to each of these factors varies across each league. At the end of the matches, your points are all totalled up, and the winner is the person who has the most points in his or her league.

The leagues are all divided into small groups, of 2 to 10 players like yourself, each of whom has made his or her own fantasy roster. Now, with Dream 11, you have to pay to win money - for example, there were free leagues that were free to play in, but offered no money, and others where you paid Rs. 575 to join, for a shot at winning Rs. 1,500. 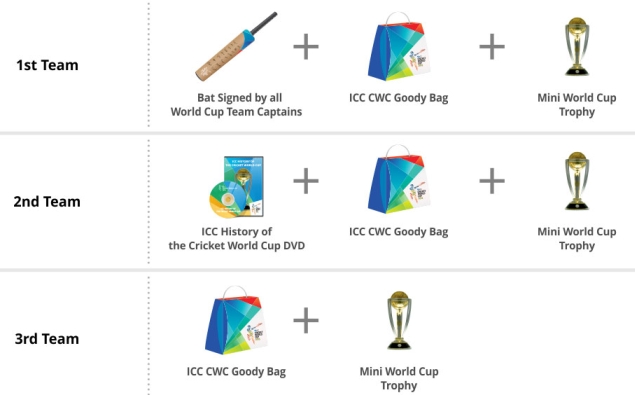 Other leagues like cricket Inc work in a similar fashion, but the US-based site pays you in gift coupons. Pay $1.15 to participate in its World Cup 2015 league, for example, and you stand the chance to win $10 in gift coupons.

Where do I play?

There are plenty of different sites you can visit to play a game of fantasy cricket. There is even an official ICC World Cup 2015 fantasy cricket league, which does not offer cash prizes, but does offer some unique goodies, like a cricket bat signed by all the captains in the World Cup.

If you're looking for a cash payout, Dream 11 is the place to go. You can sign up for the site using your Facebook or Google account, and add funds using a debit card - these can be used to join leagues, but you can also play for free to get the hang of things first. There are fantasy leagues for the cricket World Cup 2015, but there are also mini-leagues for individual matches that you can join. If you win, you get cash deposited in your account with Dream 11, which can be withdrawn to your bank account. 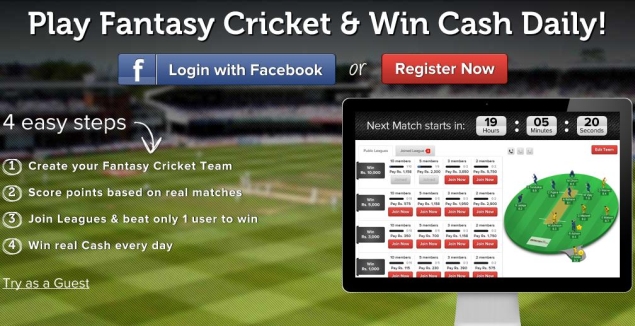 Cricket Inc works exactly like Dream 11, picking your starting 11 and 3 substitutes. The only rule when selecting players is that not more than 8 players may be from one team. Here, the runs scored by your batsmen are compared against the runs given away by your bowlers, and the difference is calculated and compared against the others in your league to win prizes. Prizes are paid out in the form of vouchers from Flipkart or Amazon.com. The league fees vary, but for example, staking $1.15 (approximately Rs. 70) could win you $10 (a gift card worth approximately Rs. 600). 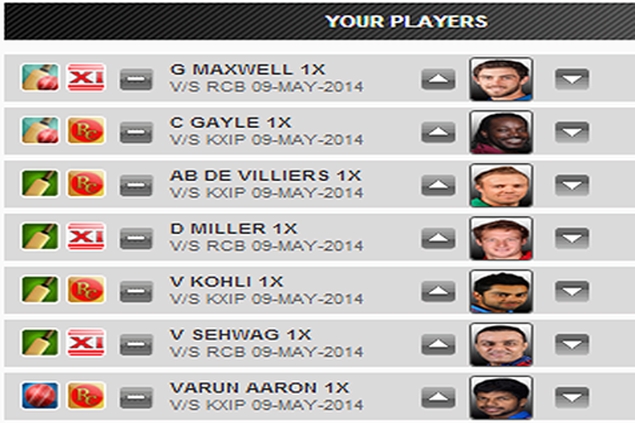 Cricinfo is one of the best known cricket sites, so it's no surprise that it is hosting a fantasy cricket league as well. You can join here and you get a starting budget of $100 million to buy the cricketers you want in your lineup. You can play against friends and family for fun, or join one of the leagues to win vouchers - a total of Rs. 5 lakh is up for grabs in vouchers, but since the payout isn't cash, only Indians can participate. 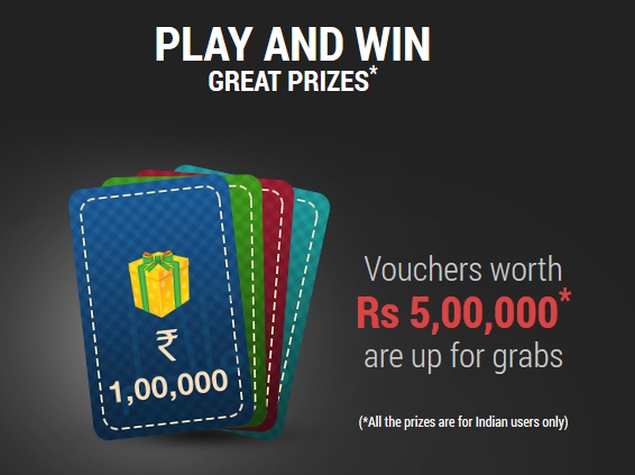 The official fantasy league of the ICC World Cup 2015, this one has the least talk about payouts. Sign up for free here and start building your team now. Your squad has to have four to five batsmen, at least one all-rounder and two bowlers, and one wicket-keeper. You can pick at most six players from a single team.

Scoring is complex here - each run is 1 point, but a 50, is an additional 10 points, and a 100 is an additional 20 over that. Bowlers get 30 points for a wicket, and more for milestones. There are prizes for run-outs that give 15 points for each player involved, and that could be a complex equation. 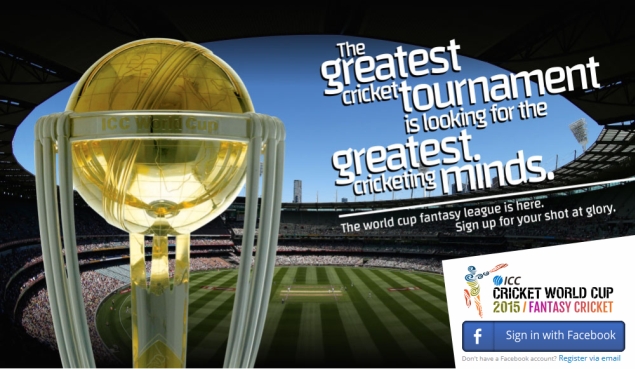 Unlike the other leagues, you won't win cash here, but there are some unique prizes. You can win ICC goody bags, mini cricket World cup trophies and more. If you top the fan league, or picked the top team, you can win a bat signed by your team, or by all the cricket World Cup team captains.

NDTV Sports is also running a fantasy league that lets you pick a new team every day, with a designated captain that scores twice the points. You can participate in the public leagues or have a private one to challenge friends and family. 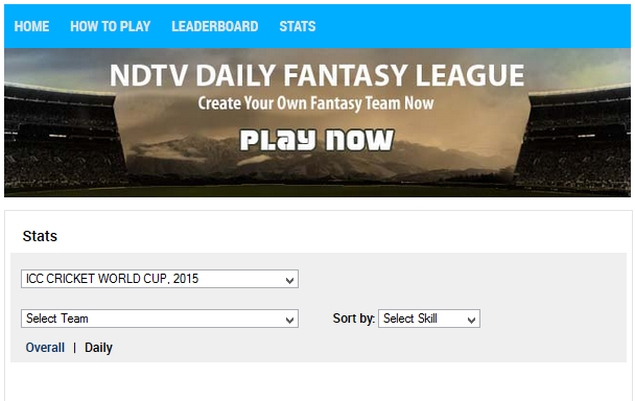 The Indian government does not permit betting on games where the person making the bet cannot influence the outcome of the game. Essentially, betting on games of chance is gambling. Betting on a cricket match is gambling, because you can't directly affect the outcome of the game. Entering a stake for a chess match you are participating in, on the other hand, is not gambling, because that is a game of skill where you have control over the outcome, not luck. Betting on Rummy, on the other hand, is gambling since it's considered largely a game of chance.

At least, that's the decision that the Madras High Court made in 2012. It held that playing rummy for stakes was a violation of the gaming laws in India. "Game of skill" is the determining factor as the Madras Police Act, 1888 exempts penal provisions against "games of mere skill". The Supreme Court of India is due to rule on this matter, and the decision has been postponed at least twice.

This case is important to companies like Dream 11, because, they argue, building a fantasy league is a game of skill. Therefore, it is legal for players to win money and should not be considered betting. So far, there's nothing concrete to say that companies like Dream 11 and others are safe from the law, but they have not faced real opposition for now. So far at least, fantasy cricket leagues are in the clear, legally.

For now, that means that you can join in one of the leagues for fun or profit, and get a little extra fun out of the cricket World Cup 2015. Try out the free options first and see if it works out for you, and if you want any tips on how to win, check out this official blog post from the ICC as a guide.

Disclosure: NDTV Gadgets (this website) and NDTV Sports are part of the NDTV group.

Mu System Is the Only Charger a Globetrotter Needs
Facebook, Partners Announce ThreatExchange to Thwart Cyber-Attacks