The draft document says e-commerce players like Amazon and Flipkart should not adopt algorithms that result in prioritising select vendors/ sellers. 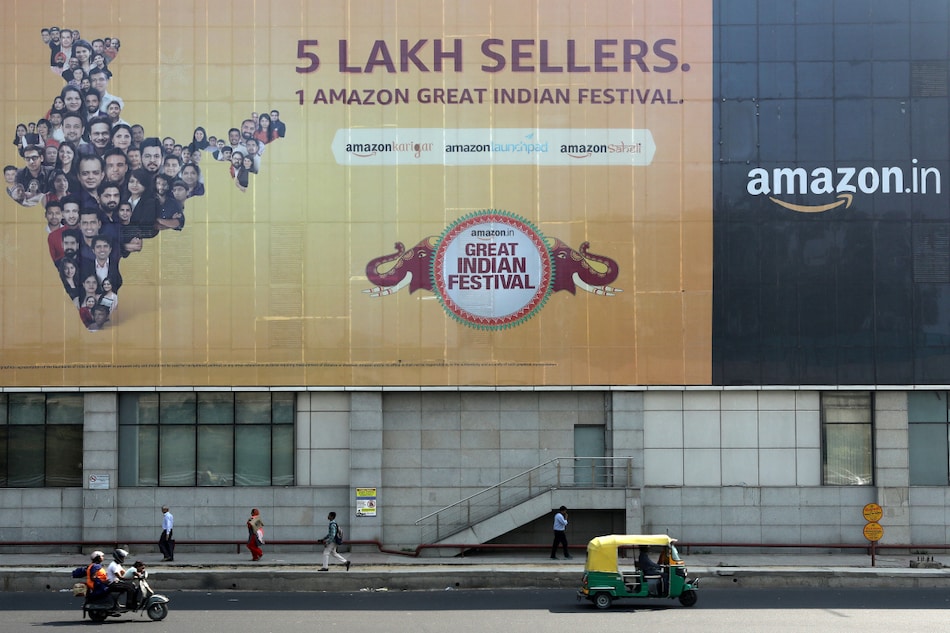 Amazon and Flipkart have said they comply with all Indian laws

India will require e-commerce firms to treat sellers equally on their platforms and ensure transparency, according to a draft policy seen by Reuters on Saturday that follows criticism against business practices of big online companies. India has been deliberating a new e-commerce policy for months amid complaints from brick-and-mortar retailers who allege online giants like Amazon and Walmart's Flipkart flout federal regulations The companies have denied the allegations.

A Reuters special report last month revealed that Amazon has for years given preferential treatment to a small group of sellers on its India platform and used them to circumvent the country's foreign investment rules.

"E-commerce operators must ensure equal treatment of all sellers/vendors registered on their platforms and not adopt algorithms which result in prioritising select vendors/sellers," it says. A spokesman for the commerce ministry declined to comment. The policy will apply to Amazon and Flipkart — two top e-commerce players in India — as well as domestic players like Reliance Industries, which has plans to expand its JioMart online platform

All three firms did not immediately respond to a request for comment. Separately, India is also considering changes to foreign investment rules that could prompt players including Amazon to restructure their ties with some major sellers, Reuters reported in January. Government officials are set to hold talks next week with industry executives on such rules, according to people with direct knowledge. On Saturday, top government officials from various departments, including the commerce ministry, met to discuss the e-commerce policy

The timeline of publication and whether it will be subject to further changes were not immediately clear. Indian traders have also complained about steep discounts offered by online companies which smaller retailers have not been able to match

Amazon and Flipkart have said they comply with all laws

E-commerce firms must "bring out clear and transparent policies" on online discounts, the draft document says. The Reuters special report last month — based on internal Amazon documents dated between 2012 and 2019 — showed the company helped a small number of sellers prosper on its India platform, giving them discounted fees and helping one cut special deals with big tech manufacturers. Amazon has said it "does not give preferential treatment to any seller on its marketplace," and that it "treats all sellers in a fair, transparent, and non-discriminatory manner."