Some users of QuadrigaCX have come to believe that Gerald Cotten faked his death and disappeared with their money. 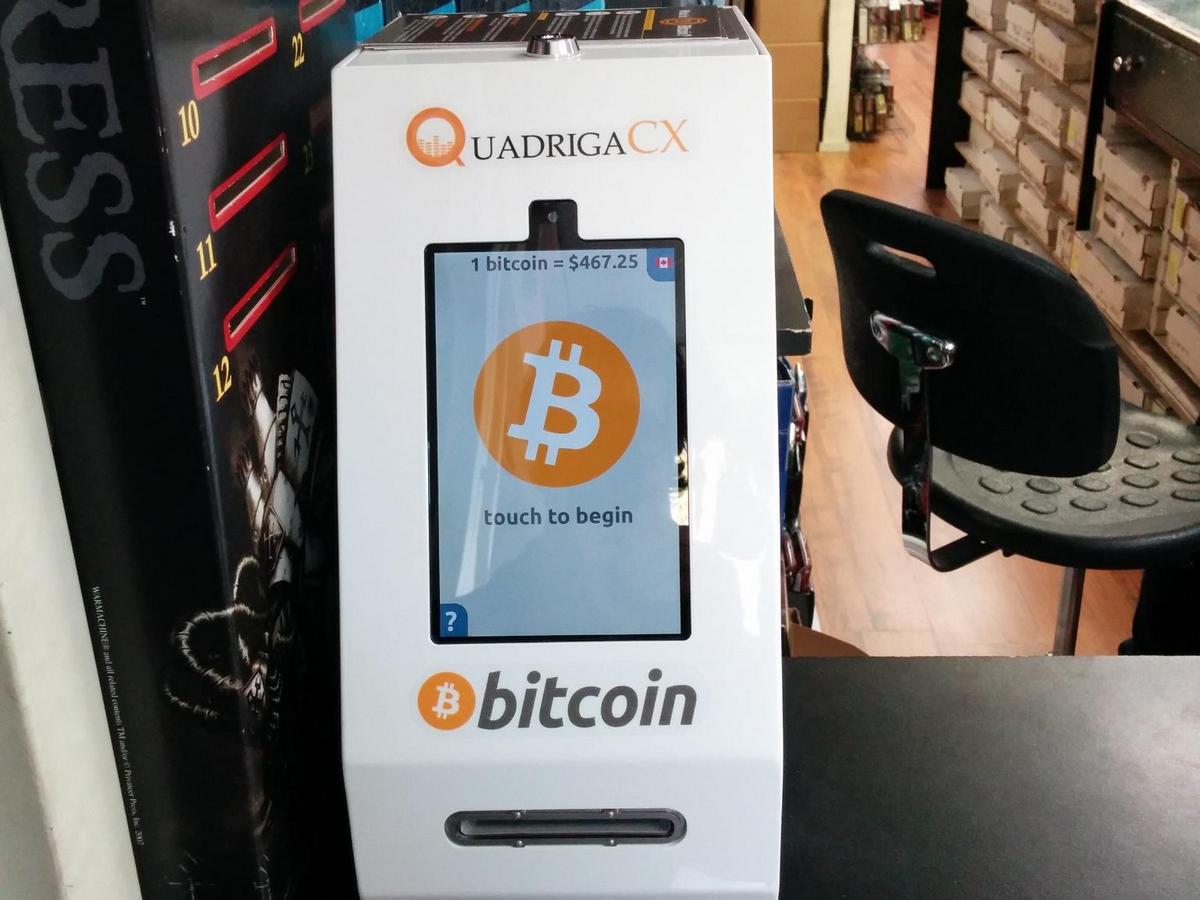 More than 100,000 users were unable to access at least $145 million in assets because of Cotten's death

When Canada's largest cryptocurrency exchange, QuadrigaCX, announced the death of its co-founder and CEO, Gerald Cotten, in January, condolences flooded in from around the world. The company said Cotten, 30, had been nine days into his honeymoon in India, where he planned to open an orphanage, when he collapsed due to complications of Crohn's disease. But soon the words of support and sympathy were replaced by panicked messages from investors: Where was their money?

As it turned out, only Cotten knew the passwords to the digital wallets where cryptocurrency was stored, meaning that more than 100,000 users were unable to access at least $145 million (roughly Rs. 1,000 crores) in assets, according to Bloomberg News. As months passed and the money failed to materialise, a conspiracy theory emerged: Cotten had faked his own death and disappeared.

Now attorneys for QuadrigaCX's investors are asking that Cotten's body be exhumed, so that they can settle the question of whether he is really dead.

A Friday letter from Miller Thomson LLP, the Toronto firm appointed to represent QuadrigaCX users, requests that the Royal Canadian Mounted Police also conduct an autopsy on Cotten's body, "to confirm both its identity and the cause of death." Citing the "questionable circumstances" surrounding Cotten's sudden passing, the attorneys note "the need for certainty around the question of whether Mr. Cotten is in fact deceased."

As Vanity Fair reported, QuadrigaCX initially attracted users because it seemed less risky than other Bitcoin trading platforms. It had been licensed by FinTRAC, the Canadian anti-money-laundering task force, and Cotten often told reporters that the fact that the exchange was based in Canada meant that investors "know where their money is going."

But the Facebook post announcing Cotten's death raised questions, as The Washington Post reported. Though he died in December 2018, according to his widow, it took more than a month for the cryptocurrency exchange to reveal that he had passed away. When the company finally made it public and users scrambled to withdraw their money, QuadrigaCX's website went dark.

The company used a "cold wallet" system where cryptocurrency like Bitcoin and ethereum was stored offline to protect it from hackers, and Cotten was the only person with the ability to transfer users' money back into a "hot wallet" where they could access it. In February, when QuadrigaCX filed for creditor protection, the company said that it had been unable to unlock the "cold wallets," leaving millions in limbo.

"The laptop computer from which Gerry carried out the companies' business is encrypted and I do not know the password or recovery key," Cotten's widow, Jennifer Robertson, said in court filings, according to the Guardian. "Despite repeated and diligent searches, I have not been able to find them written down anywhere."

Many customers became convinced that they were not simply unlucky, but instead were the victims of a sinister scheme. As online sleuths pointed out, $25 million (roughly Rs. 180 crores) of QuadrigaCX's assets were frozen in early 2018, after authorities found "irregularities" in the company's payment processes. Just days before Cotten died, however, the funds were returned to the company.

Investors started to question "the authenticity of the formal documents in a country notorious for the ease at which falsified documents can be purchased, particularly after they learned that the death certificate misspelled Cotten's name, and that the former chairman and managing director of the company that ran the hospital had been convicted of financial fraud two months earlier," Vanity Fair reported. Just four days before the trip, the magazine noted, Cotten had written a will.

No evidence has emerged to prove that Cotten's death was faked. In February, his widow, who provided Canadian authorities with a copy of his death certificate, called the rumours "slanderous."

But in recent months, the FBI and Royal Canadian Mounted Police have launched investigations into investors' missing funds. Meanwhile, in April, QuadrigaCX began bankruptcy proceedings in Canada, and the accounting firm Ernst & Young was tasked with investigating the company's finances and tracking down the millions that disappeared.

So far, auditors have recovered only about $33 million in Canadian dollars, the equivalent of more than $25 million in the United States. Nearly all of that money was cash, and the millions in cryptocurrency remain elusive. What the auditors did uncover, according to a June report, was evidence that funds invested in QuadrigaCX "may have been used inappropriately."

Cotten, who appears to have overstated the company's revenue, according to the auditors, reportedly juiced the volume of trades on the platform by creating fake accounts and using them to trade counterfeit Bitcoin for real cash and cryptocurrency. He was the only one directing what happened to money that users converted into cryptocurrency, but had kept no records whatsoever since 2016.

Often, the accountants found, Cotten transferred investors' funds into his own accounts, or used them to "fund personal assets." He made risky trades on other cryptocurrency exchanges, and the losses began adding up. The firm's blockchain analysts located some of QuadrigaCX's cold wallets, only to discover that most of them were empty.

The auditors also found that Cotten and his wife used QuadrigaCX to fund a jet-setting lifestyle, buying 16 properties in Nova Scotia, a Cessna 400 plane and a yacht. According to the Globe and Mail, Robertson has said that she was unaware of her husband's questionable financial dealings, and agreed to transfer the majority of her assets to Ernst & Young so that they can be liquidated.

The ongoing investigations have been complicated by the complex, highly technical nature of cryptocurrency. One expert who was interviewed by the RCMP told Vanity Fair that he had been shocked by the investigators' unfamiliarity with Bitcoin, and felt the case was "completely out of their wheelhouse." And after Ernst & Young took control of QuadrigaCX's finances, the auditors "inadvertently" transferred Bitcoin valued at nearly half a million in Canadian dollars to cold wallets that no one could access.

Reporters, meanwhile, have found that Cotten had a history of questionable financial dealings, dating to when he was a 15-year-old computer whiz living in suburban Ontario. The teenager launched a site that was effectively "a bizarre cross between a Ponzi scheme and online gambling," the Globe and Mail reported, only to shut it down as investors began clamouring for their money back. He later claimed to have refunded a significant portion.

Indian authorities maintain that Cotten, whose body was repatriated to Nova Scotia for a small closed-casket funeral, died on December 9, 2018, shortly after checking into a luxury hotel in Jaipur and complaining of stomach pains. He was taken to a private hospital and initially appeared to have traveller's diarrhoea, officials told the Globe and Mail. But the next day, his condition took a turn for the worse, and he went into cardiac arrest.

Medical experts told the Globe and Mail that while dying from Crohn's disease is extremely rare, it was possible that Cotten could have suffered from a perforated bowel and gone into septic shock. But the gastroenterologist who treated Cotten in India told the paper that no autopsy was completed, and he was "not at all" certain about what had happened.

Attorneys for QuadrigaCX's customers have asked that Cotten's body be exhumed before spring 2020, "given decomposition concerns." The request appears likely to spark a legal battle, as Robertson, his widow, told Canadian media outlets in a statement through her attorney that she was "heartbroken" by the possibility and that her husband's death "should not be in doubt."

"It is not clear how the exhumation or an autopsy to confirm the cause of Gerry's death from complications arising from his Crohn's disease would assist the asset recovery process further," she wrote.