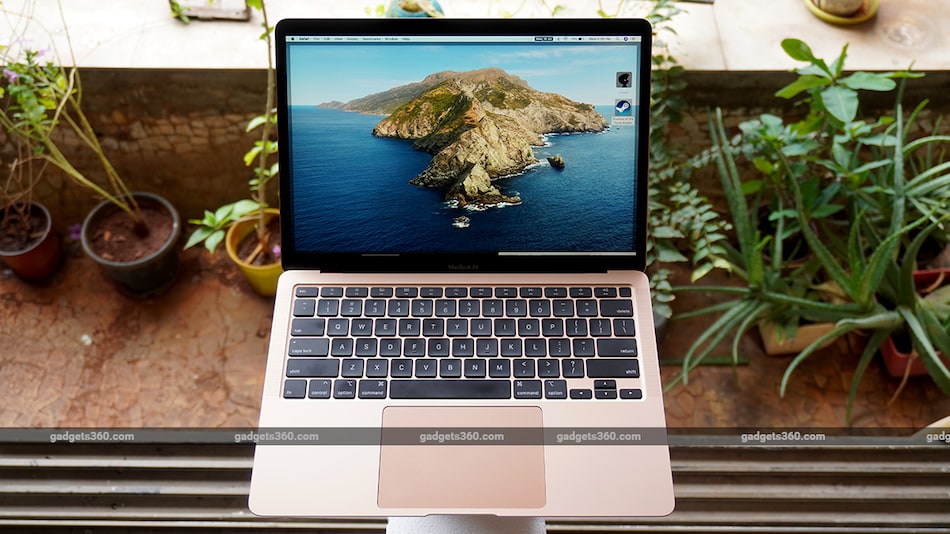 Apple is planning to launch its new 13-inch MacBook Air as well as 13- and 16-inch MacBook Pro models at the November 10 event, according to a report. The new MacBook models are likely to have the anticipated Apple silicon, which is said to be based on the company's A14 Bionic SoC that is already powering the iPhone 12 series as well as the latest iPad Air models. The Cupertino company sent the media invite for the event on Monday, without detailing any specifics.

The invite mentioned “One more thing” that is expected to be the new Mac machines with the Apple silicon, Bloomberg reports. These new machines are said to include the new 13-inch MacBook Air alongside the 13- and 16-inch MacBook Pro models that all three are speculated to come with the new SoC.

The new MacBook Air and MacBook Pro in 13-inch size are said to be further ahead in production and are likely to receive their announcement at the November 10 event. However, Apple may take some time in bringing the 16-inch MacBook Pro to the market.

Apart from moving on from Intel chips, the new MacBook models are said to have no significant design changes. This suggests that there would be the same aesthetics and the presence of a Magic Keyboard that we saw on the MacBook Air 2020 and the 13-inch MacBook Pro refresh earlier this year.

In addition to the new MacBook models, Apple is reported to have a redesigned iMac in the works — alongside a new Mac Pro. Both new desktop offerings are also speculated to be based on the new silicon. Further, the new Mac Pro is said to be about half the size of the existing model, though it would look quite similar to the current design.

Reports suggesting Apple's move on from Intel chips emerged back in 2018. However, the company made it official at WWDC 2020 in June. It stated that the transition to the Apple silicon would begin later this year.

Apple kicked off a Universal App Quick Start Programme to help developers switch to its native silicon ahead of the debut of the first new hardware. The transition would complete in about two years, the company said at the WWDC virtual event.

Aside from the new silicon, Apple is busy developing macOS Big Sur as its next-generation Mac operating system that would start rolling out following the November 10 event. The new OS includes a list of changes to provide an experience that is in line with iOS and iPadOS.

We, of course, need to wait until next week to see what Apple has this time — at its fourth big event of the year. The event, just like the previous ones, will take place virtually from the Apple Park, Cupertino.

Wonder Woman 1984 Release Date to Be Moved Again, for the Sixth Time: Report