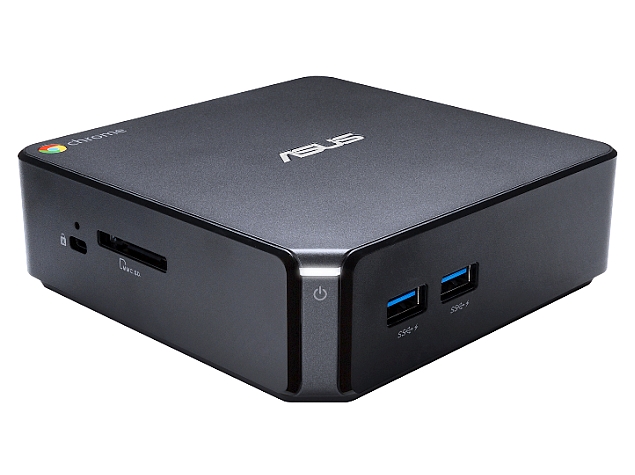 The ongoing Computex 2015 event in Taipei on Tuesday saw the announcement of a new Chromebox by Asus. Dubbed Asus Chromebox CN62, the Chrome OS-based small form factor client comes as a successor to the original Asus Chromebox, which was launched last year in February at $179 (roughly Rs. 11,179).

The latest Chromebox version, now comes a faster Wi-Fi 802.11 ac connectivity over the existing b/g/n technology in its predecessor. The device now has quieter fans and draws up less power when in idle state. Sporting fifth-generation Intel Core processors, the Chromebox CN62 idles at a low sound level of 17dB and takes up 6W of power on idle. The desktop also comes with a support for 4K (2160x3840 pixels) resolution monitors as well.

The firm has not yet revealed the price, launch date or the variants of the device. Notably, the last Intel Celeron-powered Chromebox by Asus also came in Intel Core i3 and Core i7 processor versions. The price of Chromebox CN62 is expected to stay around the price tag of its predecessor as there are no major ground-breaking upgrades.

Lenovo in April launched the Chrome OS-based ThinkCentre Chromebox, the company's first Chromebox that's designed to work with the 23-inch Lenovo ThinkCentre Tiny-in-One monitor to provide an all-in-one experience. The firm said the Chromebox is meant for students and entrepreneurs.

This year at Computex 2015, Acer unveiled the Chromebox CX12, which houses Intel Core i3 and Celeron processors clubbed with 8GB of DDR3 RAM and includes 16GB of SSD storage. Wi-Fi and Ethernet connectivity is also supported.