FogCam is as old as Yahoo, and older than eBay. 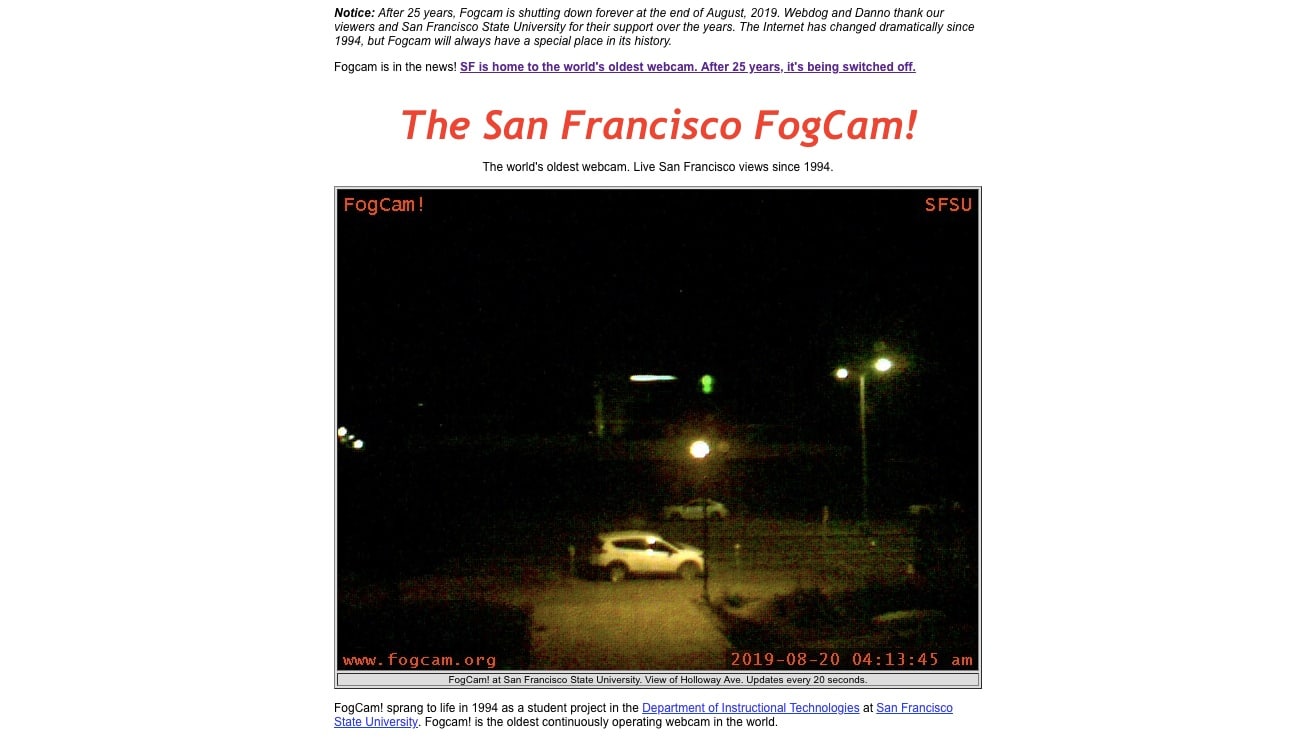 When two San Francisco State University students Jeff Schwartz and Dan Wong put up a webcam to stream part of the university campus on the Internet in 1994, they probably didn't expect that it will go on for 25 years. Now, after quarter of a century that webcam, dubbed as FogCam, is nearing its end. Schwartz and Wong, who go by screen names Webdog and Danno, revealed on the The San Francisco FogCam website that FogCam will shut down forever at the end this month.

“After 25 years, FogCam is shutting down forever at the end of August. Webdog & Danno thank our viewers and San Francisco State University for their support over the years,” the official FogCam website reads.

“The Internet has changed a lot since 1994, but FogCam will always have a special place in its history.”

FogCam has been continuously operating since 1994, barring a few location changes to avoid getting shut down by the university. But now, the webcam's operators are ready to put it to rest.

“We felt it was time to let it go,” Schwartz told SFGate. "The bottom line is that we no longer have a really good view or place to put the camera. The university tolerates us, but they don't really endorse us and so we have to find secure locations on our own."

SFGate report reveals that FogCam normally pointed towards Holloway Avenue, on which the San Francisco State University is located, however at times the operators changed its direction towards Cafe Rosso pay tribute to the coffee-related origins of Trojan Room Coffee Pot cam.

August 30 will be the last day for FogCam, however its website will continue to remain live for those who want to reminisce.