Mi Notebook Pro X will likely be a slim and light laptop with a dedicated Nvidia RTX 30 series GPU. 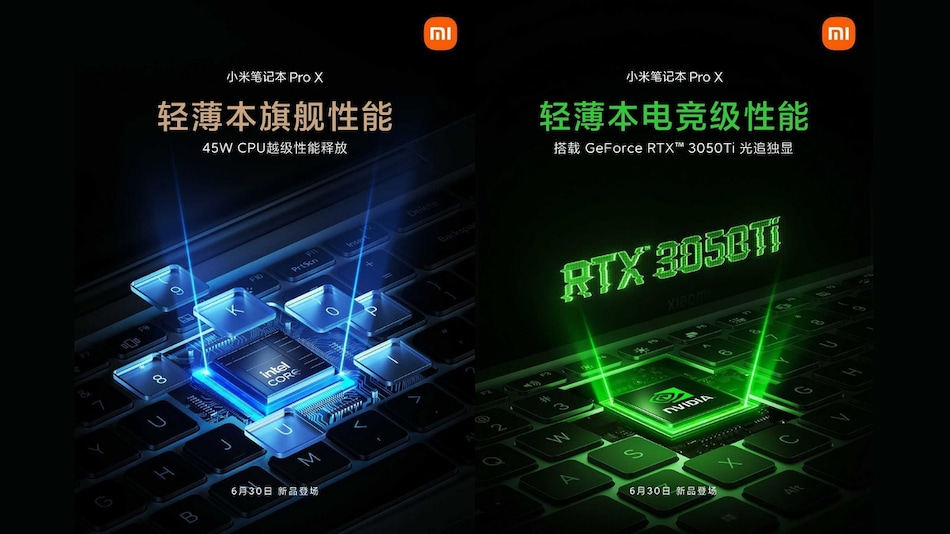 Xiaomi took to Weibo to share through its Mi Notebook account that the Mi Notebook Pro X will be unveiled on June 30. According to the teasers, the Mi Notebook Pro X will be powered by an Intel 11-generation H35 SoC that can run at 45W. In a separate post, the company shared that this laptop will feature Nvidia's GeForce RTX 3050Ti GPU. This would allow the laptop to run many modern games, albeit not at the highest settings. For now, not much else is known about the laptop.

Speaking of the Indian market, Xiaomi only sells different versions of the Mi Notebook 14 here which include the regular model, Horizon Edition, IC model, and the e-Learning Edition.