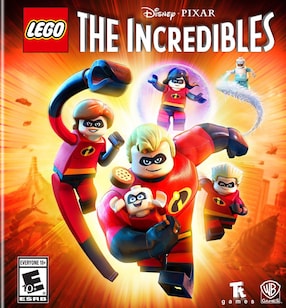 After Star Wars and Marvel Cinematic Universe got the Lego treatment, developer Traveller's Tales turns its attention to The Incredibles with Lego The Incredibles for PS4, Nintendo Switch, Xbox One, and PC. If you've played any of the past games that adapted movies to its brick-fuelled aesthetic, you'll know exactly what to expect. And if you haven't well, Lego The Incredibles lets you wreak havoc through 12 levels spanning the original movie and The Incredibles 2 that's in theatres this week. You'll solve puzzles, partake in thrilling sequences, and beat down evil henchmen aplenty all while swapping between multiple characters from the franchise.