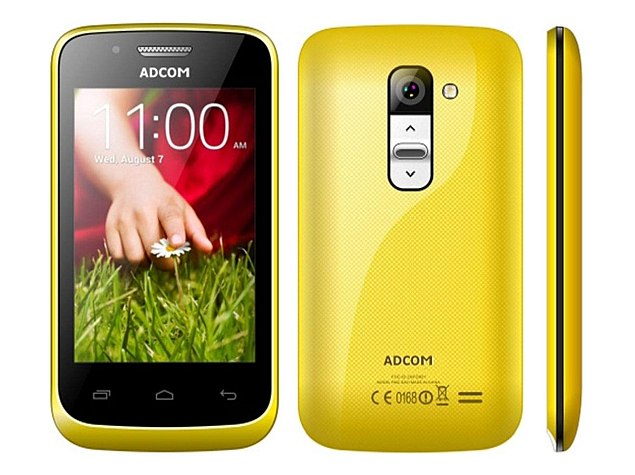 Running on Android 4.4.2 KitKat, the budget smartphone sports a 2-megapixel rear camera with flash, while it also houses a 1.3-megapixel front-facing camera. The KitKat A35 includes 512MB of inbuilt storage, which is further expandable via microSD card (up to 32GB).

While the measurements and the weight of the smartphone are not yet known, the handset packs an 1400mAh li-ion battery. It also features gravity and proximity sensors which consume less battery when compared to conventional sensors, according to the company.

The KitKat A35 comes with 3G, GPRS/ EDGE, Wi-Fi, Bluetooth, and Micro-USB connectivity options. It will be available in Black, White, Yellow and Red colour variants. The smartphone would also come with a free screen guard worth Rs. 399.

"Adcom is pleased to announce the launch of its latest smartphone - Adcom KitKat KitKat A35. With the advent of our latest, Adcom now has a growing range of budget Android Smartphones and has put a strong foothold below the 5K category we aim to provide users with devices that enhances their smartphone experience whilst providing value for money" stated Sanjeev Bhatia, Director, Adcom.