The new update is set to debut on Huawei P30 series on September 8. 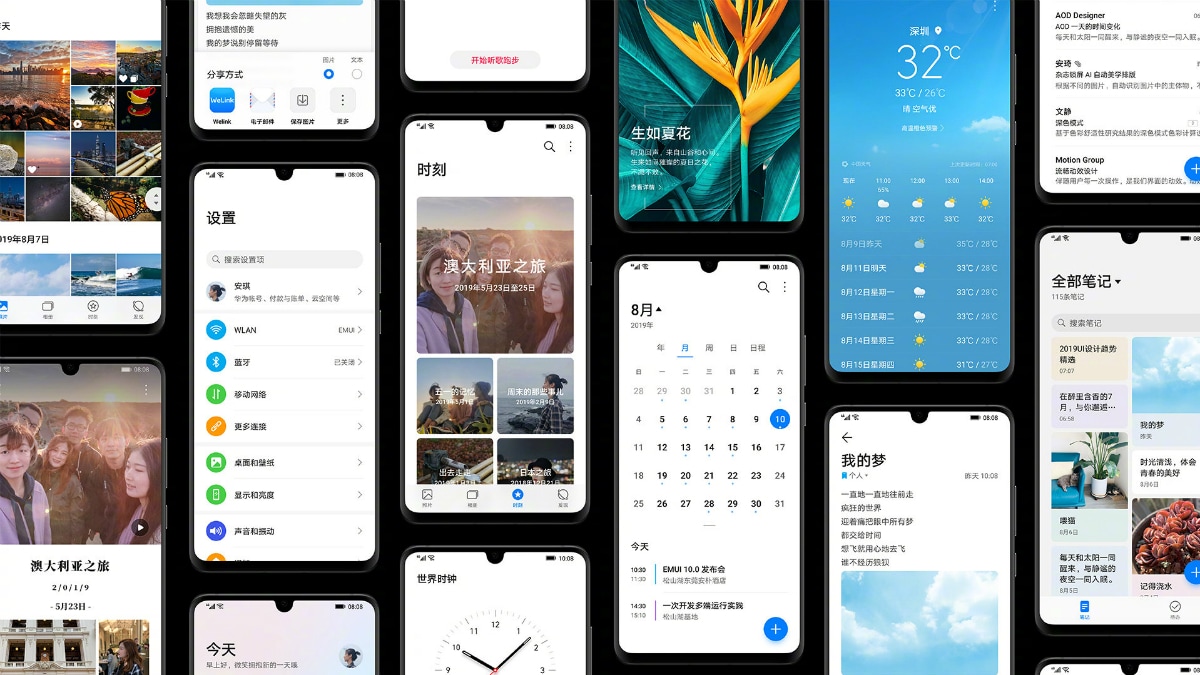 EMUI 10 is reportedly reaching the Huawei Mate 20-series phones through a beta version in late September. The new custom skin brings three major updates, namely new UX design, all-scenario ultimate experience, and a new standard for smooth operations. Huawei has also enabled its skin to support HD video calls among multiple devices. Additionally, there is a native dark mode. The company is also set to allow third-party developers to make use of its dark mode by simply calling an API.

According to the EMUI 10 update rollout schedule reported by MyDrivers, the Huawei Mate 20, Mate 20 Pro, Mate 20X, and Mate 20 RS Porsche Design are set to receive the beta version of the new update in late September. Huawei is also reportedly in plans to bring the beta version of Magic UI 3.0 for the Honor 20, Honor 20 Pro, Honor V20, and Honor Magic 2 in late September.

Huawei at its annual developer conference in Dongguan, China on Friday announced EMUI 10 as its next-generation custom skin. The skin brings a list of new UI elements as well as the native dark mode.

While detailing the new experience at the developer conference in Dongguan, China on Friday, President of the Software Engineering Department at Huawei Consumer Business Group Dr. Wang Chenglu highlighted at the conference that EMUI 10 will initially launch on the next-generation Mate-series phones. He also mentioned that ahead of the final EMUI 10 debut, the EMUI 10 Beta version will arrive for the Huawei P30 series on September 8. The company also did mention the Mate 20 series in its announcement, though the beta release schedule wasn't specified.

NASA Descends on Icelandic Lava Field to Prepare for Mars